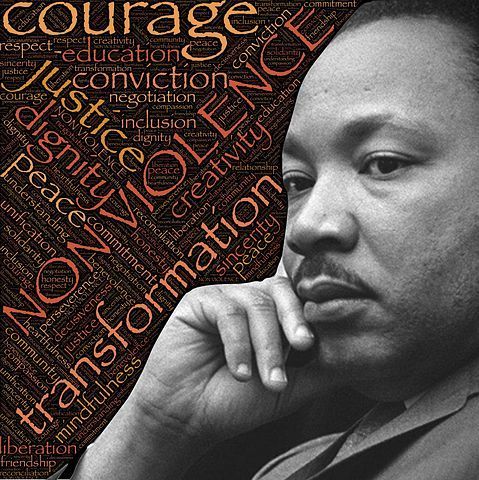 On October 14th, 1964, civil rights leader Dr. Martin Luther King, Jr. (1929-1968), earned the Nobel Peace Prize for nonviolent resistance to racial prejudice and discrimination in the United States of America. The son of a Baptist minister, Reverend Michael King, Sr., and Alberta King (Williams), Martin Luther King, Jr. organized the Montgomery Bus Boycott in 1955, the first significant protest of the African-American Civil Rights Movement -- and one that set the pace for peaceful activism in an era of ongoing racial segregation and violence. With a bachelor of divinity from Crozer Theological Seminary and doctorate in theology from Boston University, King combined Christian and American thoughts and ideals, often powerfully voiced in public orations, such as "I Have a Dream', delivered on August 28, 1963 at the Abraham Lincoln Memorial during the massive March on Washington for Jobs and Freedom.

A 35-year old recipient of the Nobel Prize, King became the youngest ever to receive the prestigious award, and he donated the proceeds totaling $54,600 to the Civil Rights Movement. He earned numerous honorary degrees from colleges and universities, as well as many other awards from organizations and governments:, the Presidential Medal of Freedom, awarded posthumously in 1977 by President Jimmy Carter, and the Congressional Gold Medal in 2004. King's leadership led to the ratification of the 24th Amendment to the Constitution and the Civil Rights Act of 1964.