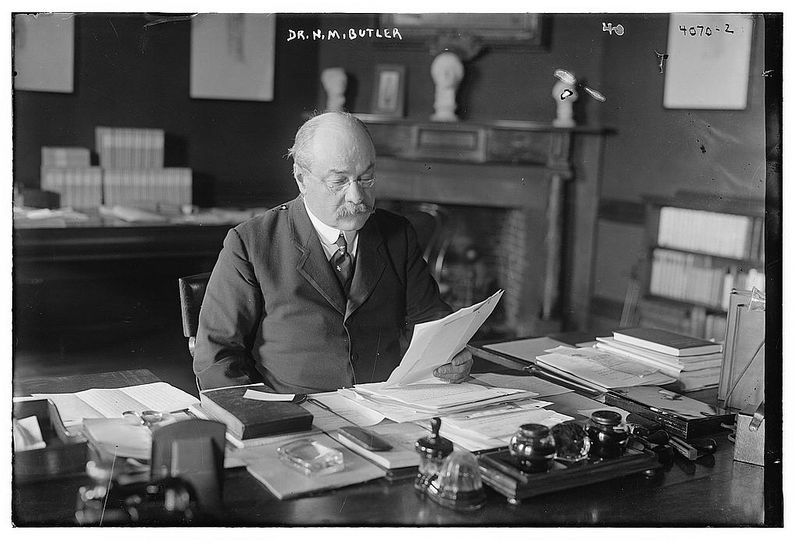 Did you know that Nicholas Murray Butler, for whom Columbia University's main academic library (Butler) is named, is one of the founders, alongside Grace Hoadley Dodge, of Teachers College, Columbia University? Butler was a philosopher, student of education, and proponent for the special, professional training of teachers. In 1886, Dr. Butler conceived of a plan to create a "teacher's college outside the university" -- a plan that showed exceptional promise when he became president of the Industrial Education Association and president of the New York College for the Training of Teachers (1887-1891). The College received its provisional charter in 1889-- granting its right to confer the degrees of Bachelor, Master, and Doctor of Pedagogy.

An advisor to President Theodore Roosevelt, Nicholas Murray Butler (1862-1947) became president of Columbia University in 1901 at the age of 30, and he stayed in office for 43 years -- the longest tenure in Columbia's history. He expanded the campus to include many new buildings, schools, and departments -- effectively sowing the seeds for membership in the Ivy League, a group of elite colleges in the North East that are esteemed for their academic excellence and known for their selectivity in admissions.