Today’s headlines reimpose an 1861 map on the present day U.S. to look at how Civil War history is being observed, and conversations about police violence are unfolding, in the latter six states to secede. One by one, Louisiana, Texas, Virginia, Arkansas, Tennessee, and North Carolina left the Union from the last week of January, 1861 to mid-May, just over a month into the Civil War. These headlines are selected from the front pages curated by Newseum.org. Indigenous Territory names and Treaty information are taken from the Native Land map. 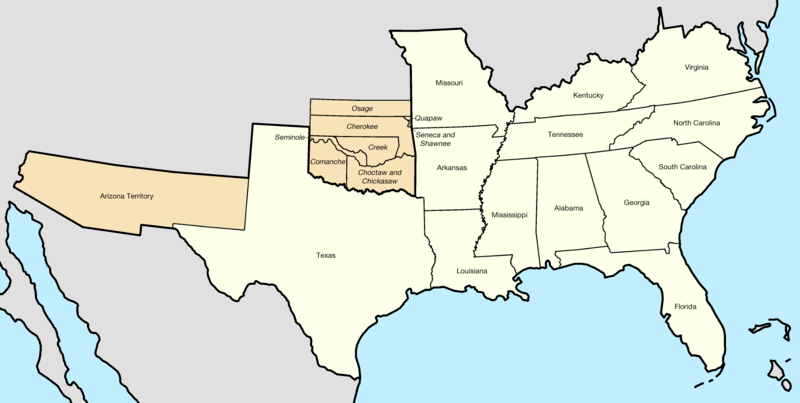 “Map of the Confederate States” by user Golbez, available under CC BY-SA 4.0, courtesy of Wikimedia Commons.

On August 21st, Lafayette police fatally shot 31 year-old Trayford Pellerin at a gas station. After a judge blocked the release of the police body camera footage and other information to anyone "not associated with the investigations currently underway" there was significant public outcry and legal challenges from Pellerin’s family, the Daily Advertiser, and Mayor-President Josh Guillory, who initially defended the shooting. Yesterday, the lawyers representing the officers dismissed their request, allowing the footage to be released.

On Monday, the Abilene Independent School District trustees voted unanimously to develop a process, including a timeline, to change the names of four elementary schools named after Confederate States of America leaders. Jackson, Johnston, Lee and Reagan elementary schools will likely be renamed, but an amendment related to Reagan, which may close at the end of the year, inadvertently delayed the measure. 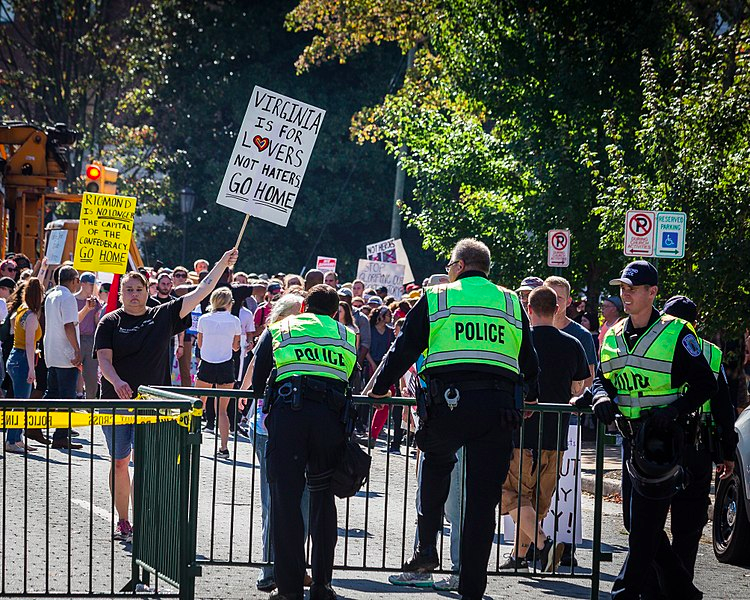 “RVA Counter-Protests Against New-CSA (8 of 20).jpg” by user Mobilus In Mobili, available under CC BY-SA 4.0, courtesy of Wikimedia Commons.

CONFEDERATE MONUMENT YET TO FIND A NEW HOME

A monument to the “gallant soldiers of the Confederacy” has presided over Newport News’s Warwick County Courthouse for 111 years. Yet next week, the monument will be taken to storage, following the City Council’s decision to remove it and a subsequent, unsuccessful search for an organization to take it.

All three assistant chiefs and seven of the Little Rock Police Department's 10 captains are calling on Mayor Frank Scott Jr. and the city Board of Directors to address the "very toxic, hostile and explosive work environment" created by Chief Keith Humphrey. 90% percent of the Little Rock Black Police Officer Association’s membership previously said they did have confidence in Humphrey, and the association believes that the complaints stem from the Chief’s firing of the officer who fatally shot motorist Bradley Blackshire in February 2019.

Fort Defiance, normally lauded for “bringing the Civil War era to life,” held its annual Sevier Days over the weekend. The event, the first large one the historic site has been able to hold in six months, commemorates Valentine Sevier, one of the area’s earliest settlers. Sevier Station existed as a frontier outpost on the site from 1791-1794, before Fort Defiance was erected on its grounds during the Civil War.

After two hours of deliberation, the Greensboro City Council decided against a proposal that would require police to get written consent to search a person, car, or property. Officers are empowered to do searches without consent as long as they have ‘probable cause,’ but the proposed policy would have applied to cases that don’t meet that standard. The council instead voted 5-4 to require officers to take video of any such encounter with their body-cameras and fill out an incident report.