Today’s headlines break with convention to look at two stories from Wisconsin, the latest site of unrest after another police shooting of an unarmed Black man. Next, we look at changes in the COVID-19 case rate throughout the United States. Note that headlines ending with an asterisk (*) appeared on the newspaper’s front-page, but not on its website. As always, these headlines are selected from the front pages curated by Newseum.org. Indigenous Territory names and Treaty information are taken from the Native Land map. 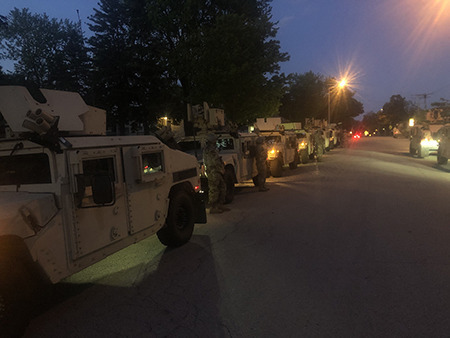 “Soldiers from the 32nd Military Police Company stage to for movement May 30 for a State Active Duty mission. The Wisconsin National Guard was mobilized to assist local authorities respond to civil unrest in Milwaukee by providing critical infrastructure security.” Wisconsin National Guard photo by Maj. Brian Faltinson, available in the public domain, courtesy of Wisconsin Department of Military Affairs.

On Sunday, Kenosha police shot 29 year-old Jacob Blake multiple times in the back while he was leaning into the SUV where his three children were seated. A cell phone video of the recording has gone viral and prompted protests and riots in the days since, and a peaceful protest of the shooting is planned for Saturday in Eau claire. “How many times do we have to do this before people get the fact that this is not about political ideology? This is about professionalism,” said protest organizer Selika Ducksworth-Lawton.

An area of Uptown Kenosha, Wisconsin took a “body blow” on Monday night, as riots following the police shooting of Jacob Blake led to smashed storefronts, looted businesses, and 34 fires. Kenosha Fire Chief Charles Leipzig said that 30 businesses and an unknown number of residences were destroyed or damaged in the unrest. 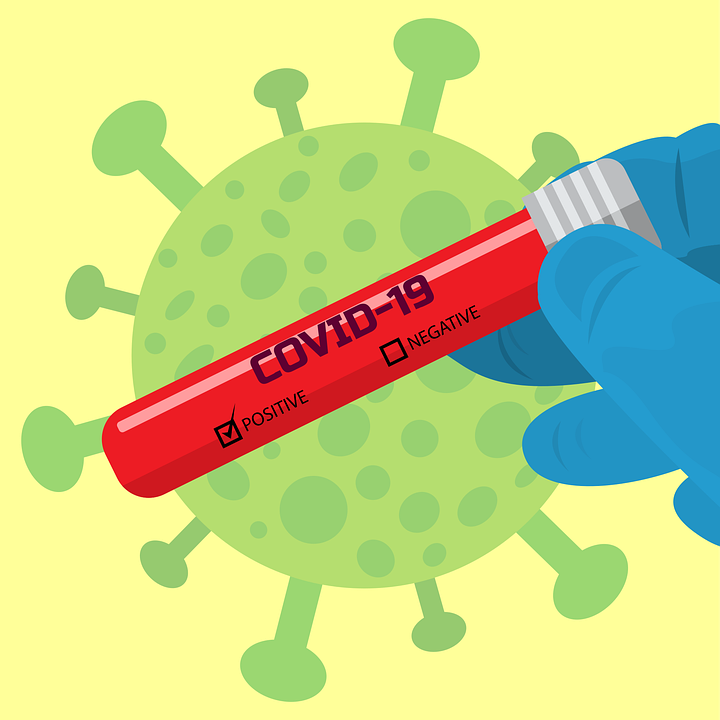 This week, the Centers for Disease Control and Prevention quietly adjusted its COVID-19 testing guidelines to exclude people who are not experiencing symptoms of the disease. The changes distressed experts, who cite analysis suggesting that about half of coronavirus transmission can be  traced to asymptomatic carriers. Research indicates that people are most contagious before they start to feel sick, and some never feel sick at all.

Despite nearly 1,000 deaths per day, the latest data compiled by Johns Hopkins University indicates that nationwide, the number of new COVID-19 cases is down nearly 21% since early August. Experts credit increased usage of masks and possibly an increasing level of immunity with the decline. However, others like Dr. Jonathan Quick, head of the Rockefeller Foundation’s pandemic response, also point to significant “under-testing in some of the places that are still having high caseloads,” such as Mississippi, Texas, Georgia, and North Dakota.

In a live-streamed press conference on Monday, Tiffany DeBoer, spokesperson for Albama’s Calhoun County Emergency Management Agency, announced that the number of new COVID-19 cases is decreasing. There have been 353 new cases in the last two weeks, a “significantly lower number than several weeks ago.” DeBoer encouraged residents to continue wearing masks and practicing social distancing and regular handwashing.