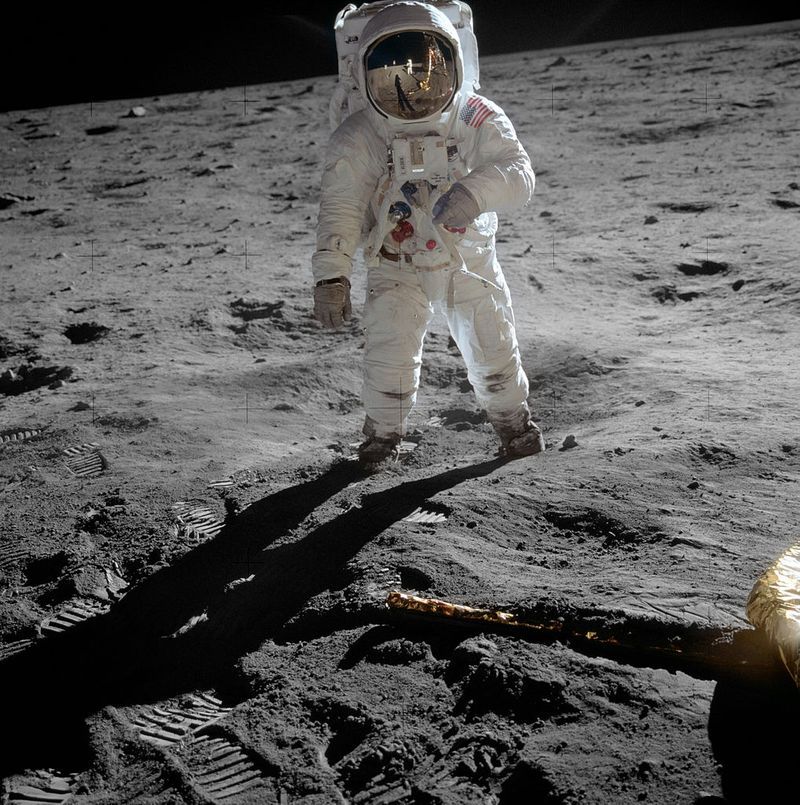 One small step for [a] man, one giant leap for mankind.

On July 20th, 1969 at 4:17pm the Lunar Module, "Eagle," touched down on the Sea of Tranquility on the east side of the Moon, with but 45 seconds left of fuel in the tank after an overshot landing some four miles. Once on the surface, astronauts Neil Armstrong and Edwin (Buzz) Aldrin became the first men to walk on the Moon, spending about two hours and fifteen minutes outside the spacecraft to collect specimens of lunar material to bring back to Earth. They planted an American flag and plaque and spent about 21 hours and 36 minutes at the "Tranquility Base", before rejoining Command Pilot Michael Collins of "Columbia" in orbit. The entire mission to the moon, launched from the Kennedy Space Center on Merritt Island, Florida, lasted a little over eight days -- with more than half a billion people from around the world watching this historic event on television. Despite error codes in the computer system, a broken circuit breaker, and malfunction in the discarded module upon splashdown in the Pacific Ocean, the mission signaled one of the greatest scientific achievements of all time. It effectively ended the Space Race, while fulfilling President J. F. Kennedy's goal of landing a man on the moon and safely returning him to Earth.

The following articles are drawn from Proquest Historical Newspapers, which informs and inspires classroom teaching and learning: 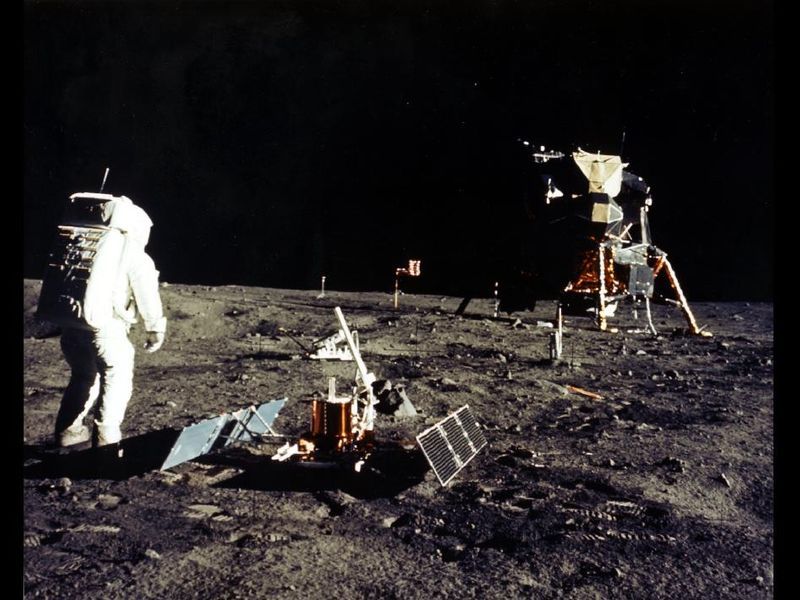