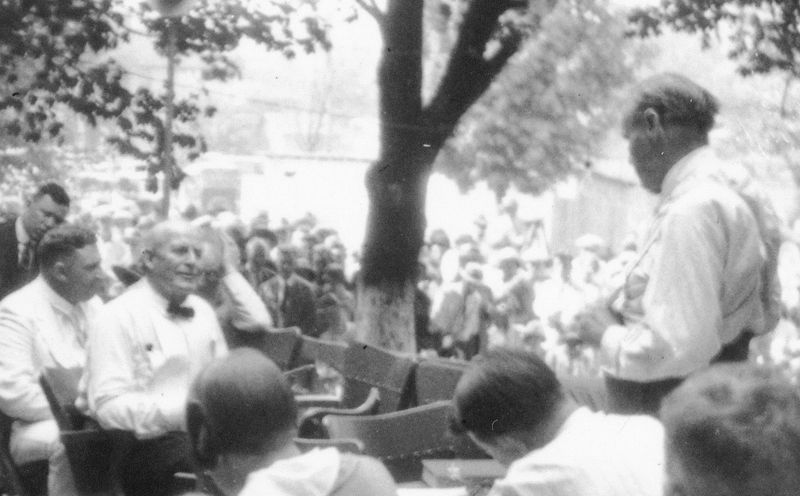 After John T. Scopes, a high school teacher in Dayton, Tennessee, was charged with violating state law by teaching Darwin's theory of evolution, the case went to trial on July 10th, 1925. Known as the Scopes Trial, or Scopes Monkey Trial, the highly publicized proceedings lasted eleven days, sparking a national debate -- one that brought scientific evidence of the evolution of man to the public eye, while questioning the place of religion in schools, as well as our freedom of expression in public life. Heated controversy between lawyers William Jennings Bryan, a "day-age creationist", and Clarence Darrow, leading member of the American Civil Liberties Union, drew crowds amid a carnival-like atmosphere. Due to extreme heat, the courtroom moved outside, allowing preachers to continue their sermons during the trial as peddlers and monkey signs passed by. In the end John Scopes was fined $100, while the debate over the theory of evolution continues to today.

The following articles are drawn from Proquest Historical Newspapers, which informs and inspires classroom teaching and learning: