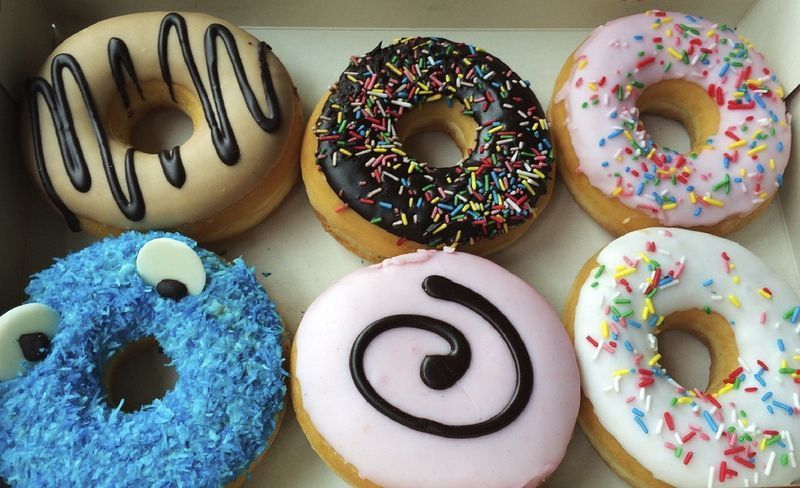 Believe it or not, "National Doughnut Day" or "National Donut Day" has a significant history; celebrated annually on the first Friday in June, it dates back to 1938 when the Salvation Army in Chicago honored members or "lassies" who served donuts, or fried dough confectionary, to soldiers during the First World War. Ensign Margaret Sheldon and Adjutant Helen Purviance thought of providing baked goods, among them donuts, to hungry servicemen in France; the idea latched on, with brave volunteers from the Red Cross, sometimes described as "Doughnut Dollies", serving the delicious fare to tide over appetites during the Second World War.

National Doughnut Day became an annual fundraiser for the Salvation Army, and also a time to enjoy free doughnuts for breakfast, dessert, or snack, courtesy of large chains like Dunkin' Donuts or Krispy Kreme, as well as smaller, local bakeries.

At the Gottesman Libraries a delectable box traditionally appears at the First Floor Services Desk for all to partake .... we entreat you to enjoy reading and seek options if you have the taste! Word has it that deliveries are en route to essential workers, as we remember health care providers, emergency personnel, farmers and food distributors, public safety officers, law enforcement, mass transit, sanitation, and others in critical industries who are on the front lines during the global COVID-19 pandemic. 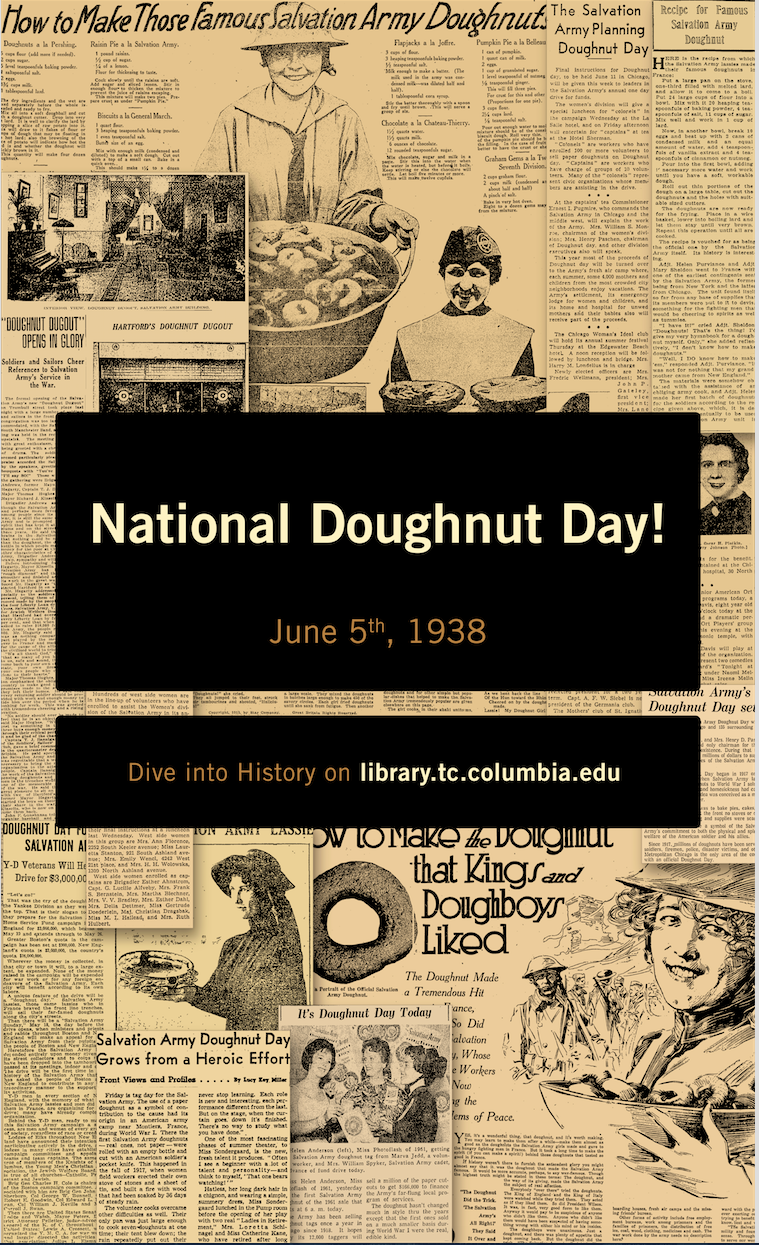