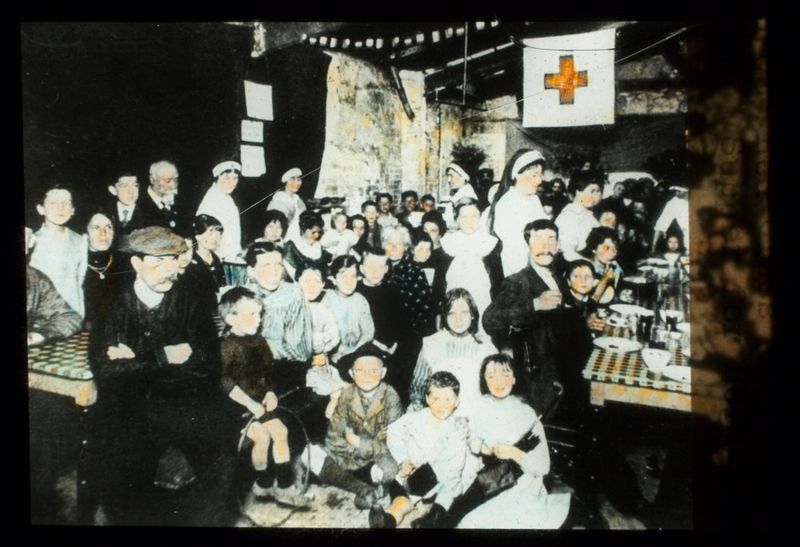 May 21st, 1881 marks the founding of the American Red Cross by visionary leader Clara Barton, a home-educated teacher and civil servant in the United States Patent Office. Barton started teaching at the age of fifteen; went on to open a free public school in Bordentown, N.J; nursed an invalid brother; organized the distribution of donated medical supplies; formed a volunteer relief service for soldiers; and served as superintendent of nurses under Major General Benjamin F. Butler during the Civil War. Illustrative of her humanitarianism and commitment to education, these experiences prompted her most significant achievement -- one that influenced generations of nurses, doctors, and medical assistants in service throughout the world.

In August 1881, the first local chapter of the American Red Cross was established in Dansville, New York. Originally the humanitarian foundation aimed to provide disaster relief, such as nursing for the victims of the Michigan forest fires (1881); the Johnstown, Pennsylvania flood (1889); and Carolina islands hurricane (1893). Also came the need to assist refugees and prisoners of war, leading Clara Barton and associates to Constantinople where they aided Armenian victims of the Ottoman Empire (1896) and then journeyed to Cuba to help victims of the Spanish-American War and the U.S. military (1898).

Today the role of the American Red Cross is much wider, strengthened by numerous corporate partners, local chapters, employees, and volunteers; it provides community service to assist those in need; communication services and help for the military and their families; the collection, processing, and distribution of blood and blood products; educational programs on health and safety; and international relief and development programs.

Important to the history of nursing and the foundation of the nation’s first program in nursing education at Teachers College are stories relating founding and development of the American Red Cross.