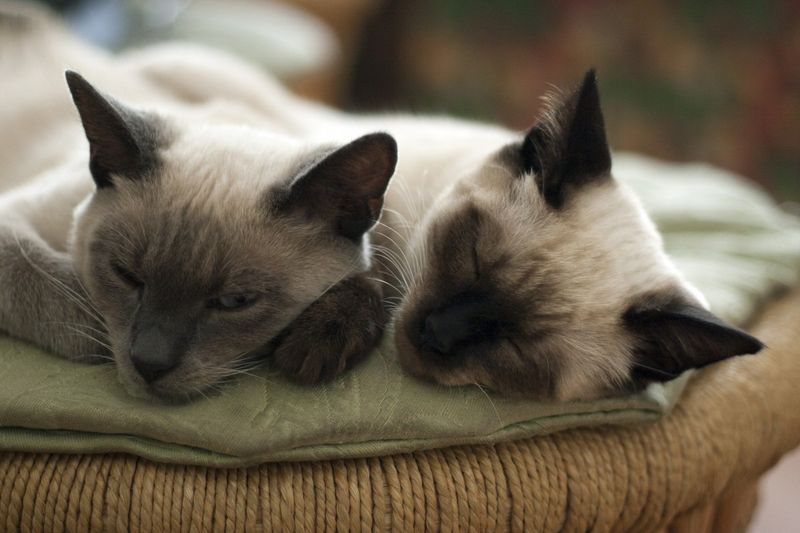 Saturdays are lacking without a trip to the local ASPCA, until it ceases, through much pleading and cajoling by two small children when we acquire a new household companion. One afternoon in the dead of Winter (and absence of household head), Sky slips out of a big brown cardboard box onto our living room carpet, like tumbleweed propelled by a gust of wind across the Mojave. For weeks we fret over his mysterious disappearances -- slowly to discover the uncanny spots: plastic bags under the kitchen sink; top shelf of the linen closet; boy's once-tidy pajamas drawer; even inside the fridge above the vegetables -- all part of the Western front, and there is no going back. From the sky dive off the fourth floor terrace in pursuit of a sparrow, it is but the start of Western adventures, leaving eight lives to spare and a complementary home bookshelf of autographed Skippyjon Jones. Until this day, I am reminded that Siamese, blue point to boot, and being anything but silent, are a rarity for adoption... and I am still questioned some twelve years later, as to why we never his took in his equally adorable stepbrother, another eight-week old "owner surrender", black as night.

Did you know that the American Society for the Prevention of Cruelty to Animals (ASPCA) was founded by the educating philanthropist and high-ranking diplomat Henry Bergh on April 10, 1866 in New York City? Bergh was appointed by President Abraham Lincoln to be secretary and acting vice-consul to the American legation in St. Petersburg, and it was during his term in Russia that he witnessed abuse of work horses. When Burgh returned to the United States in 1866 he urged the signing of the Declaration of the Rights of Animals, prompted the passage of anti-cruelty laws, created of the first ambulance for horses, lectured in schools and societies, and took many other important measures to protect the livelihood of horses, livestock, and other animals.

Bergh also served as one of the first vice presidents for the New York Society for the Prevention of Cruelty to Children, which was established in 1875 as the first the first child protection agency in the world. Its founding was spurred by the experience of Mary Ellen McCormack (Wilson) who, as a young child, suffered deliberate cruelty and deprivation by her adopted parents. 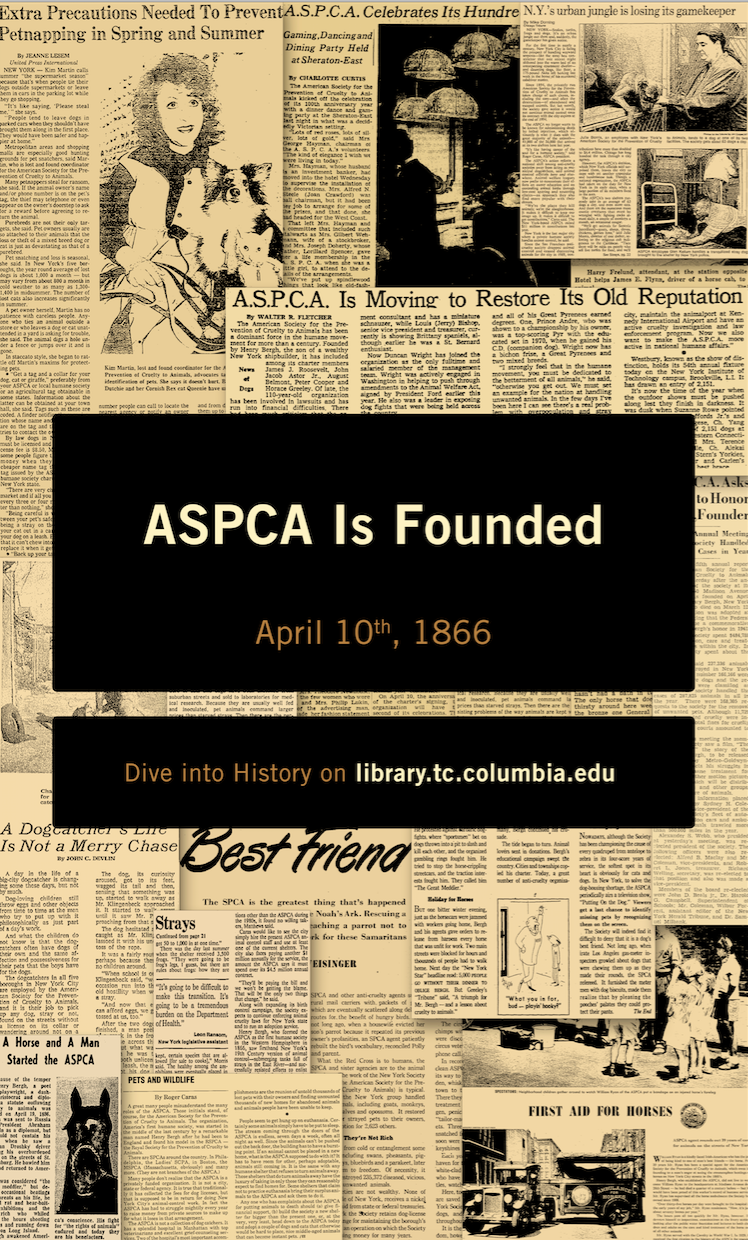