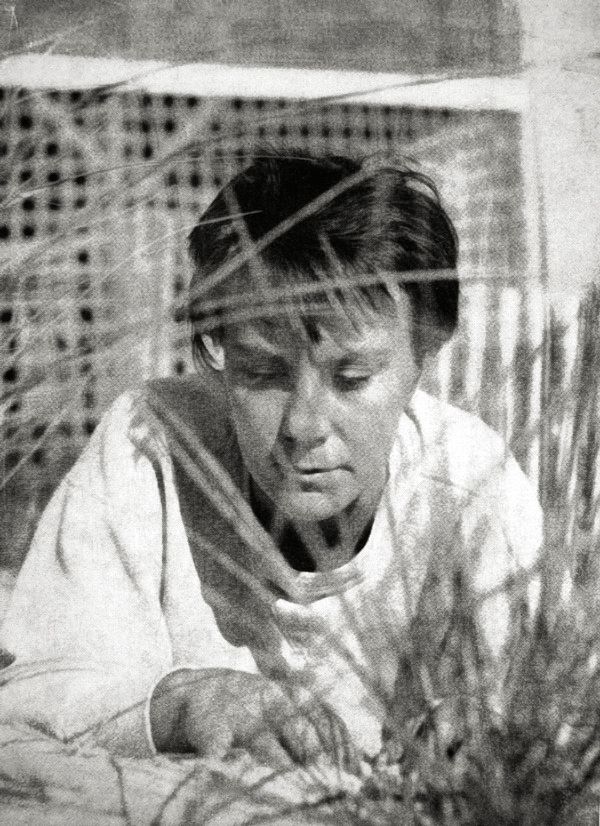 "Maycomb was an old town, but it was a tired old town when I first knew it. In rainy weather the streets turned to red slop . . . [s]omehow it was hotter then . . . bony mules hitched to Hoover carts flicked flies in the sweltering shade of the live oaks on the square. Men’s stiff collars wilted by nine in the morning. Ladies bathed before noon, after their three-o’clock naps, and by nightfall were like soft teacakes with frostings of sweat and sweet talcum. . . . There was no hurry, for there was nowhere to go, nothing to buy and no money to buy it with, nothing to see outside the boundaries of Maycomb County. But it was a time of vague optimism for some of the people: Maycomb County had recently been told that it had nothing to fear but fear itself." (Harper Lee, To Kill a Mockingbird, Ch. 1)

On February 19th, 2006 American novelist Harper Lee passed away at the age of eighty-nine in her hometown, Monroeville, Alabama. Harper Lee was best-known for her novel, To Kill a Mockingbird, which won the Pulitzer Prize for Literature in 1961 -- becoming an autobiographical classic in the school curriculum and a beloved favorite throughout the nation. Set in Maycomb, Alabama in the 1930s and narrated by six-year-old Scout (Jean Louise) Finch, the story tells of growing up with her brother Jem (Jeremy) in a small Southern town heavily influenced by racism and social class. The Finch children are raised by Calpurnia, a devoted nanny, and over one summer they begin to find mysterious gifts hidden in a tree -- unravelling a mysterious tale of friendship that saves the children from harm while revealing the complex face of prejudice at many levels. Their widowed father, Atticus Finch, is a prominent lawyer who bravely defends Tom Robinson, a black man accused of raping a white woman, Mayella Ewell; truth surfaces, but is not overcome in the courtroom, or even more broadly in society.

In 1962 To Kill a Mockingbird was made into an award-winning film starring Gregory Peck, as Atticus; Mary Badham, as Scout; Philip Alford, as Jem; Robert Duval, as "Boo" Arthur Radley, and a host of other leading actors. It has been adapted to music, theater, and is now at The Shubert on Broadway.

Nell Harper Lee received the Presidential Medal of Freedom in 2007 and numerous other literary awards and honors throughout her lifetime. The only other book she published was Go Set a Watchman (Harper Collins, 2015), an earlier draft of To Kill a Mockingbird. The author had remained quietly out of public life for decades, and its reception proved mixed and controversial -- prompting her to respond to its impact until her death on February 19th, 2006.

When I first read your book in class at the tender age of thirteen, I knew I would become a literature student -- so profoundly did you influence my love for novels and appreciation of that little slice of American history from the unique perspective of a child. Once in high school, I couldn't resist reading passages aloud in oral interpretation classes. The South never felt warmer or more human in the midst of those midwestern winters and still troubling times of racial divide. As an adult I couldn't wait for our library to buy your much anticipated second book! To Kill a Mockingbird ranks as an all-time favorite and to you we are ever grateful for opening our minds and hearts. 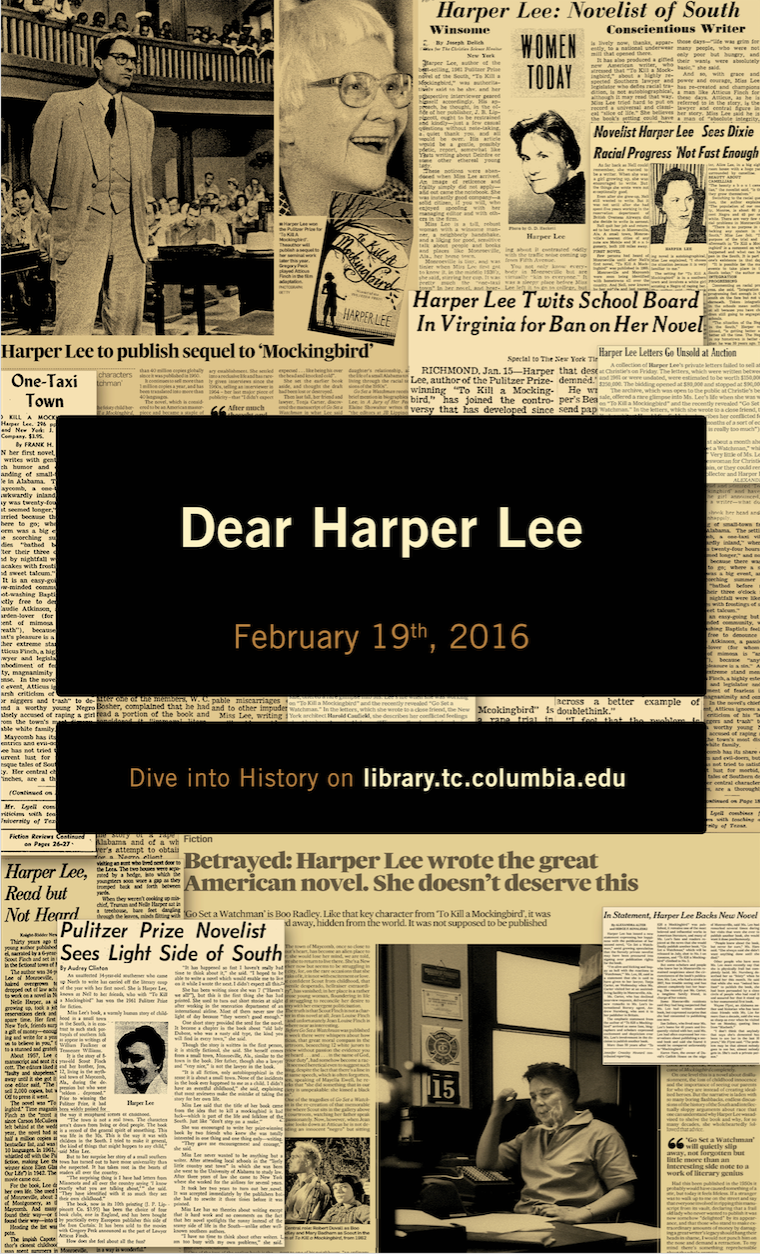