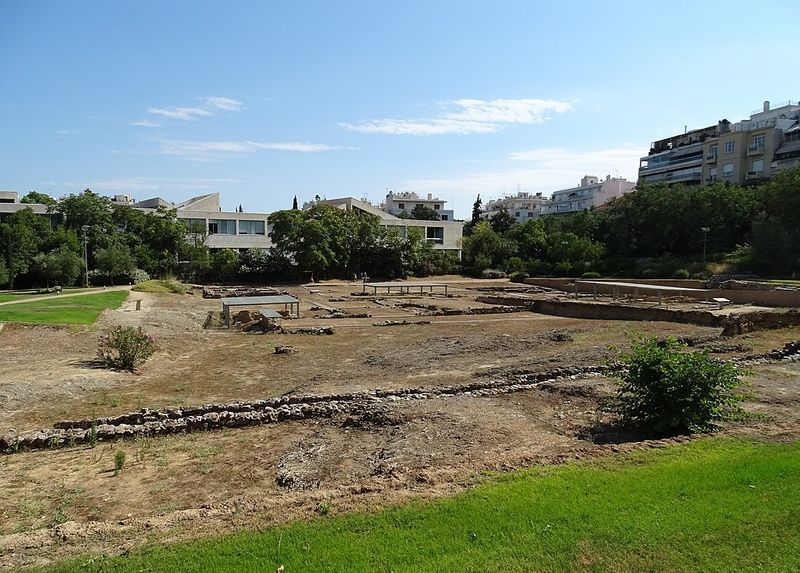 Did you know that on January 15th, 1997 Aristotle's own school, The Lyceum, was discovered underneath a dirt parking lot in Athens, just 600 meters from Constitution Square? The site was accidentally unearthed by construction workers as they were preparing a new museum of modern art funded by the Goulandris family and designed by I.M. Pei. It came just days after the discovery of the poet Euripides' (480-406 BC) cave on Salamis, an island off Attica.

Aristotle's Lyceum, part of The Gymnasium, was know as a Peripatetic School because he walked and talked with his students around an arcade. While Plato (who studied under Socrates) founded the first university known as The Academy, Aristotle (384-322 BC) -- his blossoming student -- developed new ideas and methods in education and became one of the greatest intellectuals and philosophers in Western history. He taught and wrote about politics, science, and ethics, as he mentored students in body and spirit. 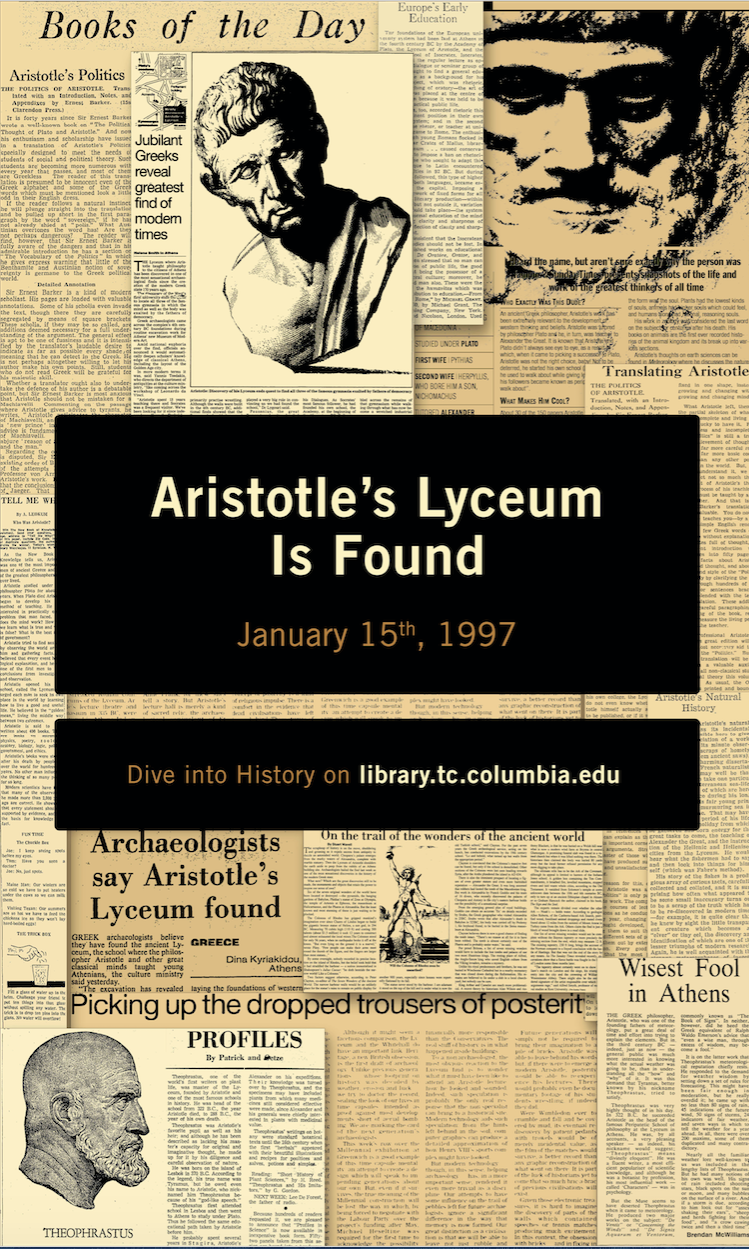