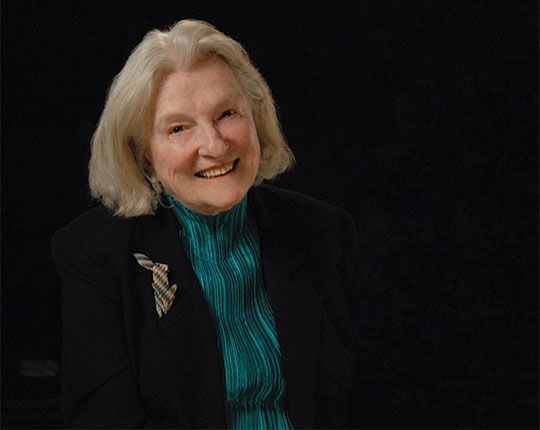 Teachers College, Columbia University is a pioneer in the history of nursing education, being the first academic setting to educate nurses. In 1898 Mary Adelaide Nutting approached Dean James Earl Russell about the possibility of extending education to graduate nurses, and one year later he admitted six graduate nurses. The one-year curriculum extended to two, and in 1907 Nutting became the first ever nurse to assume professorship. Many greats in the field followed (Isabel Maitland Stewart, Lavinia Dock, Mildred Louise Montag, Rachel Louise McManus, Teresa Elizabeth Christy, Eleanor Lambertsen, to name but a few), and Nursing Education at Teachers College has continued to this day to demonstrate a long and distinguished tradition of commitment to nurses in education.

Dubbed as a "Living Legend" by the American Academy of Nursing, Teachers College alumna Claire Fagin was born in New York City on November 25th, 1926 to Mae and Harry Mintzer. Although her parents aspired to their daughter becoming a doctor, Claire chose to pursue nursing. She earned a Bachelor's at Wagner College, MA (1951) at Teachers College, Columbia University, and then a doctorate at New York University. Her Ph'D is entitled, Rooming In And Its Effects On The Behavior Of Young Children: A Comparative Survey On The Effects Of Maternal Attendance During Hospitalization On The Post Hospital Behavior Of Young Children.

From 1997 until 1991, Dr. Fagin served as Dean of the School of Nursing at the University of Pennsylvania and was then as named interim president of the University of Pennsylvania from July 1, 1993 to June 30, 1994 -- becoming the first woman to serve as a university president in an Ivy League university. She has received 15 honorary doctoral degrees as well as the prestigious Honorary Recognition Award of the American Nurses Association.

In 2005 the nursing education building at the University of Pennsylvania was renamed Claire M. Fagin Hall. In addition to being an Honorary Fellow of the UK Royal College of Nursing, Claire Fagin was inducted into the American Nurses Association Hall of Fame, and is a member of the National Academy of Medicine, the American Academy of Nursing, the Century Association and the American Academy of Arts and Sciences. She is currently emeritus on the Board of Trustees of the Visiting Nurse Service of New York.