Melanie Hering
May 28 2019 - 08:00 PM
Share
East of the Rockies Immerses You in a Haunting, Critical Cornerstone of Canadian History 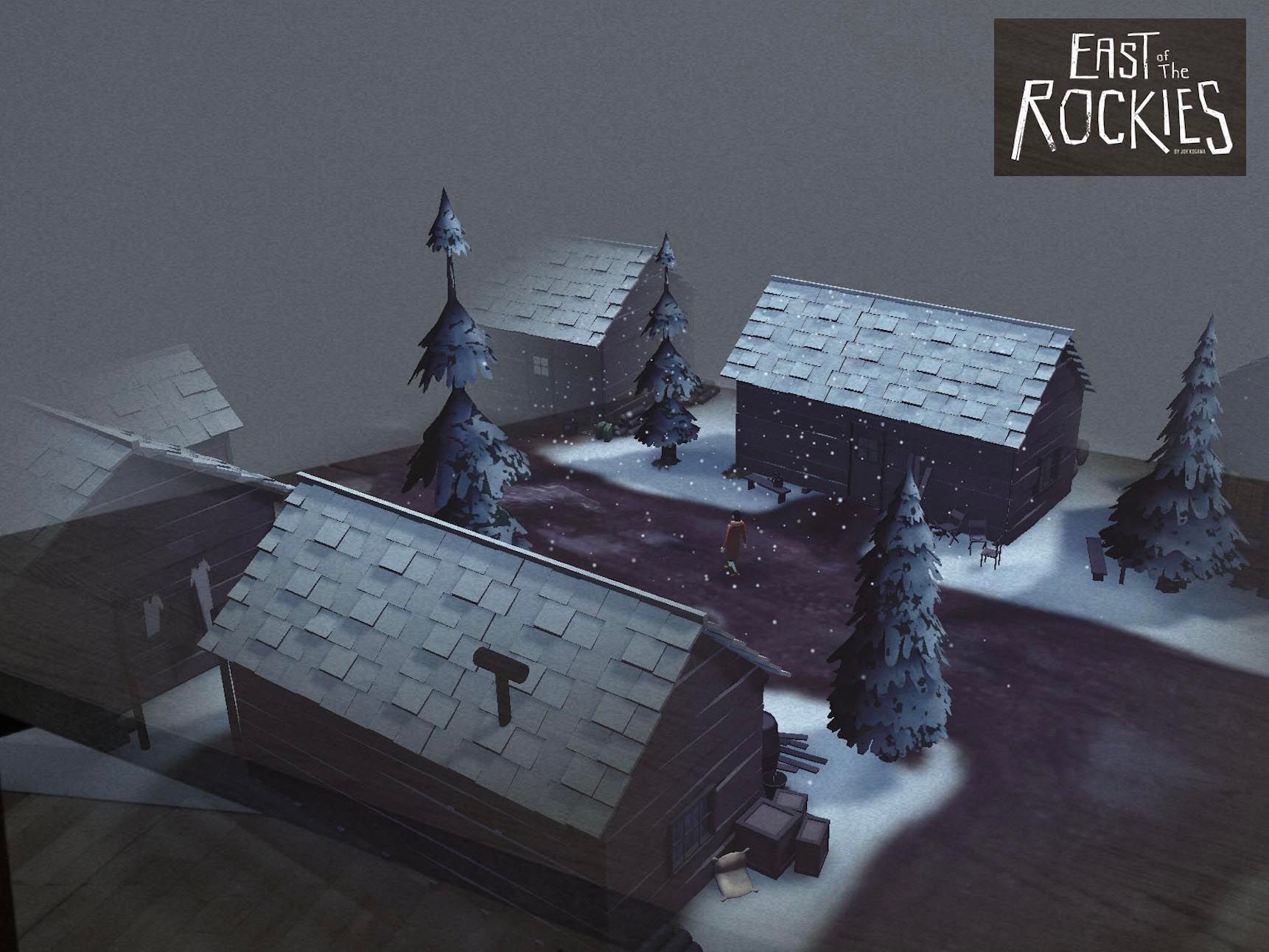 Produced by the design agency Jam3 and the National Film Board of Canada, East of the Rockies is an interactive augmented reality story of 17-year-old Yuki, a girl forced into one of Canada's Japanese internment camps during World War II. Famed Canadian author Joy Kogawa developed the story with Jam3 to provide high school students the opportunity to experience life in Slocan in the 1940s. It costs $1.99 on the app store.

East of the Rockies is a beautiful and elaborately designed AR experience. I was very impressed with how engaging this app was, especially considering its length. Playtime of the three-part story is over an hour, and yet the details worked into the art, interactions, and character development demonstrate that quality was not sacrificed for quantity. The story written by Kogawa is fictional but pulls from her own experiences as a former internee at Slocan during World War II, giving the narrative a weight and authenticity that make it especially memorable.

As you travel through time with the main character, Yuki, a set of primary sources are unlocked at different checkpoints. These sources include historical documents and photos illustrating many of the phenomena described by Yuki as she tells her story. Having this strong tie between narrated and illustrated fiction and real historical artifacts greatly enhances the learning experience.

Having grown up on the west coast of the United States, I’d learned about and met people forced into Japanese-American internment camps, but I knew nothing about the experiences of Japanese-Canadian citizens stripped of their rights during the war. Not only do I feel like I walked away from East of the Rockies having learned a lot of really important history, but I think the AR was critical in immersing me in the experience to truly feel the gravity and generations-long effects of what happened.

Despite the fact that I found the AR to be reliable and high-quality overall, I did face a few minor technical difficulties. Generally, the glowing objects signifying interaction were easy to find, but sometimes they weren’t clearly displayed and I found the experience halted indefinitely because I couldn’t find them. Because this impeded the continuation of the story, it also impeded learning. Perhaps providing clues after suitable time has passed could prevent this. Additionally, in the final scene, the artifacts from Yuki’s suitcase weren’t viewable for me once I tapped on them; hopefully this is just a minor glitch.

My biggest complaint with East of the Rockies is that the experience ends abruptly. Since viewing the documents you’ve unlocked requires pausing the story, it’s intuitive to wait to view them instead of interrupting the experience. However, once the story ends, the credits roll and you are returned to the beginning, unable to revisit any primary sources you haven’t had the chance to see. I’d recommend allowing users the option to review primary sources before ending the experience.

While East of the Rockies is intended as an educational tool for high school classrooms (it comes complete with a high school learning kit for teachers), its learning potential and appropriateness for older audiences should not be overlooked. This experience is beautifully developed, it’s engaging, and it tells an important story everyone should hear.