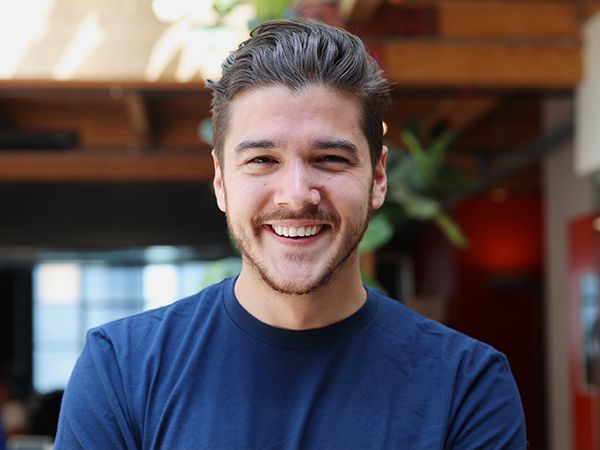 Charlie Taibi is the CEO of Year On, a gap year program that pairs high school graduates with a coach who supports them in self-exploration while they volunteer abroad and build foundational skills in San Francisco. Over the last year, Taibi and his team have built Year On to reflect a growing need from young people who want to understand who they are and what they want to do before entering higher ed. Before Year On, he managed an entrepreneurship school; his work has been highlighted on ABC Family’s StartupU.

How did your education and previous professional experience shape your current work?


As an undergrad, I majored in accounting because I was told it would lead to financial security. It was a good skill to learn but didn’t make me excited to learn. After I studied abroad in Beijing (my first time living abroad) I realized there was so much I didn’t know about myself and decided to return to China after I graduated college.

It was through learning Mandarin and being in a place that challenged me daily that I started to figure out what mattered to me. It also helped me put some stakes in the ground around who I wanted to be. Fast forward ten years and I’m trying to give young people the experience I had after college. I’m a big believer in compound interest, and I think that as students go into some of the most formative years in their lives, they deserve to have a better understanding of who they are and where they want to go in life so they can build upon a solid foundation.

How do you hope your work at Year On will change the way we look at gap year?


When people think about gap years, they think about the backpacker who wants to take a year off and travel the world. But a gap year can be so much more than that. Year On is a self-exploration program that challenges people to think about who they are and what they want to do with their next steps. We see more and more high school graduates following a path that isn’t their own when they come to us, and we hope that we can empower them to make decisions that are right for them, which will hopefully lead to a happier future.

What broad trends do you think will have the most impact on learning in the years ahead?


I think we are going to see higher ed make a serious push towards experiential learning, which is going to lead to more micro-credentialing. One trend in particular will be a focus on "power skills" (traditionally known as soft skills). As automation becomes more and more prevalent, students will need to understand who they are as people and build skills like confidence and resilience, and become comfortable with ambiguity.

What, if any, are future plans for Year On?


We think that everyone deserves to be their best self. Right now, our focus is on high school graduates who want to better understand who they are and be confident in their next steps. In the years to come, I can see us rolling out programs for college stop-outs, college grads, career changers, retirees–the list goes on. We’re excited that people are starting to focus on themselves before they make life-changing decisions, and we hope that we can continue to support those who want to work with a coach, volunteer abroad, and build skills that will prepare them for their futures.

Who are the most interesting people you are following on Twitter?


James Clear for hacks and reminders about healthy habits. Chrissy Teigen for how to have a sense of humor, and the power of authenticity.