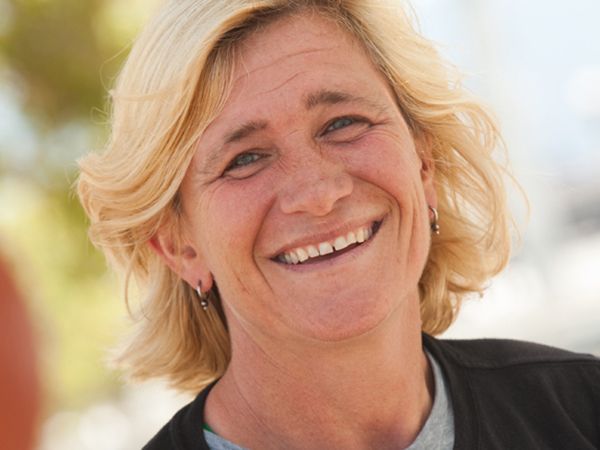 Jill Vialet is the CEO and Founder of Playworks, a nonprofit that increases access to playgrounds. In 2011, Vialet was named by Forbes magazine as one of the top 30 leading social entrepreneurs and was recognized by the Women’s Sports Foundation as one of 40 Women Leaders in honor of the anniversary of Title IX. She received the Ashoka Fellowship in 2004. As an Education Fellow at Stanford’s Hasso Plattner Institute of Design (D.school), she launched a new nonprofit organization called Substantial, redesigning the way school districts recruit, train, and support substitute teachers. Jill's first book, Recess Rules, turned the real-life experiences of Playworks into a novel for young readers. Vialet is a graduate of Harvard University and a rugby player.

How did your education and previous professional experience shape your current work?


I was actively involved with service learning in college, and that had a huge impact on my interest in building effective nonprofit organizations. I started my first nonprofit when I was 23, the Museum of Children's Art, and then founded Playworks in 1996. I became interested in the challenge of substitute teaching because I had so many Playworks principals ask if they could "borrow" their Playworks coach to fill in for a teacher absence.

How do you hope your work at Substantial will change the way we recruit and train substitute teachers?


I think there are certain levers in education that have the potential to have an outsized impact on how it feels in a school; recess is one of those, and so is substitute teaching. My hope is that Substantial will not only convince educators and administrators that it is possible to improve the substitute teaching experience for everyone involved, but that it will shift our thinking around how to maximize student time when teachers are absent. Humanizing the way we recruit, train, and support substitute teachers represents a significant opportunity to qualitatively improve how it feels in schools for everyone.

What broad trends do you think will have the most impact on learning in the years ahead?


The role of technology in schools, just like the role of technology more broadly in society, is clearly the significant one to watch. I think we have a lot to learn about what it takes to be a really skilled edtech facilitator, and that in many ways, managing a classroom where kids are engaged in more individualized learning requires as much, if not more, of a teacher. The recent emphasis on social emotional learning points to it, but great teaching is as much about being skilled in group management and building trust and rapport as it is about content delivery. Relatedly, I think we're going to see a shift in our assessments, likely moving increasingly towards formative assessment because ultimately the most important thing to measure is learning.

What, if any, are future plans for Substantial?


Right now we're really focused on testing our new digital sub folder. Once we can make that more broadly available, we're excited to support districts in looking at substitute teaching as an asset; a source of new teachers, an opportunity to deliver specialized content, and a chance to more effectively engage the community as partners in building the schools our children deserve.

Who are the most interesting people you are following on Twitter?