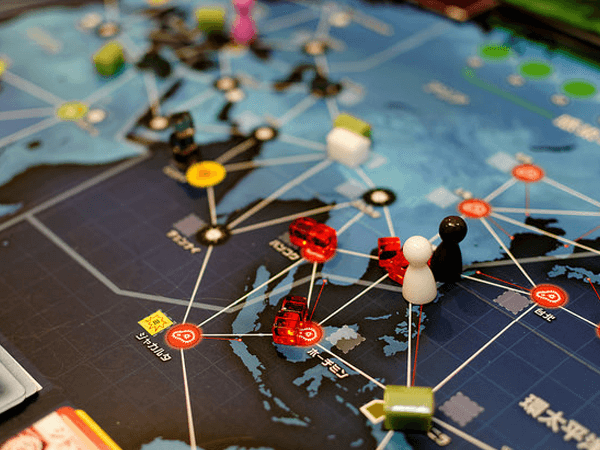 Undergraduate students were observed playing the collaborative board game Pandemic in small groups of between two and four. In this game, players take on roles of disease-fighting specialists to slow the spread of diseases that have broken out across the world. The students played one of four modified versions of the game. Players were given the game with its existing rules and pieces but were also given one additional rule that contrasted across conditions.

Strategic board games were chosen as a case of computational thinking as players have to perform calculations and develop group strategies to beat the game. One specific condition where players were tasked with collaborating to play for a hypothetical additional ghost player demonstrated the highest overall computational thinking. This modification was the most collaborative of the four modifications which included the ghost player, no modification, a version where players were asked to complete a cheat sheet for a subsequent group, and a rule where players had to modify the game to teach more about diseases. Players used different computational logic such as conditional or branching logic, algorithm building, and debugging across the different game conditions.