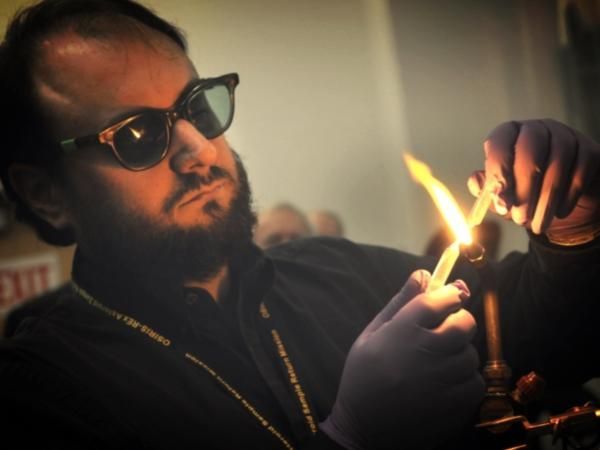 Virtual physics labs are an enticing possibility. Labs are challenging for faculty to prepare, expensive for the university to maintain, and difficult for students to schedule. Yet with all their flaws, they are still an essential part of introductory science courses. These competing values make lab work a good candidate for blended and online coursework. A recent study of students in introductory physics courses at Penn State and Auburn Universities tested learning in a digital lab against learning the same content in a physical lab.

The authors wanted to get a better idea of the viability of online lab courses either replacing or working alongside traditional physics labs. They used an online lab environment called Virtual Physics Lab and groups of students across the two schools took either a fully digital lab, a fully physical lab, or a blended lab course with some digital and some physical sessions. The universities set up the equipment in the physical labs to mimic the digital labs as closely as possible.

The physics professors at each university assessed students using standardized test scores and pre-tests to gauge baseline knowledge and then analyzed class performance including quizzes after each lab, lab reports, and tests to measure lab learning gains. At both universities, no significant performance difference was discovered between in person, virtual, or blended labs.

These results may provide flexibility for universities, and the results of the blended group may have implications even for those who have already invested heavily in physical labs. This finding might mean that science courses could safely experiment with virtual labs as a replacement for physical labs if students miss class or if the university does not stock particular pieces of lab equipment. It also means that smaller universities could opt to use physical labs as a supplement to a mostly virtual program to ease scheduling and equipment costs.

Because this study was set up to ensure that the physical and virtual labs were indistinguishable, there might still be some advantages for physical lab. More research is needed to determine if physical labs might deliver more tool and help-seeking flexibility for students.