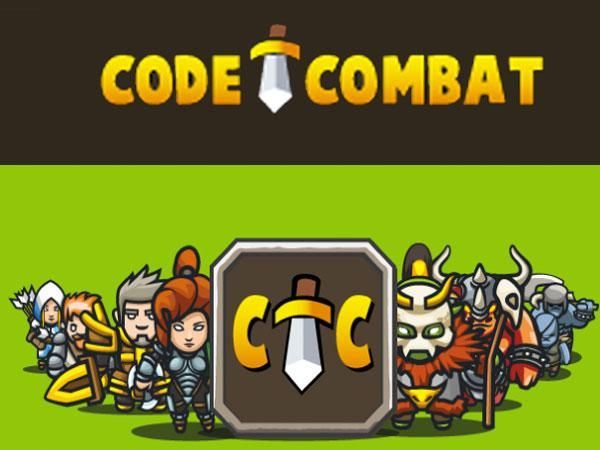 Code Combat is an online role playing game that allows players to assume the role of a wizard and pursue adventures in a world controlled by code. Players control characters in the game by inputting coding commands. The game has a single player story mode as well as a multiplayer mode. The creators of the site emphasize that Code Combat is not simply a collection of gamified lessons but a complete game. They believe that users will learn how to write code seamlessly by advancing the plot of the game. It’s a fun and engaging way for aspiring coders to learn how to program.

Code Combat provides access to every level in the game. The level selection also includes player-created levels. Both game and player-created levels come with a brief description of the objective and a five star difficulty rating. Once a player completes a level they can give it a rating from one to five stars and write a review. The game also gives a summary of the programming concepts players have learned in the level. Code Combat has a thriving community in the forums. This is the space where players help each other to complete levels and talk about the game in general.

Learning how to control a character could be very confusing for first time players because the game splits the playing space into three sections and players must pay attention to each. Space is devoted to writing the code, displaying the game action, and engaging with other characters through dialogue. Players may spend a lot of time figuring out the control mechanics of the game.

Code Combat is a fun role playing game that challenges users to develop a solution and complete the goal of each level. Players will need to come up with a plan for how to complete the objectives of the level and then carry out that plan by writing code. The game takes advantage of gamification elements like flow to engage learners. Code Combat stands out from similar games (e.g. CargoBot) in that it focuses on code practice rather than theory.