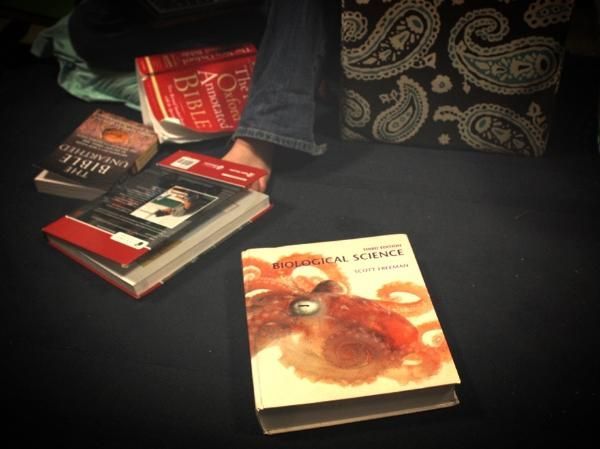 Title: The Variables Related to Public Acceptance of Evolution in the United States (2013)

Research Question: Do factors like religiosity, educational attainment, average teacher salary, and GDP per capita affect the teaching of evolution at the state level?

Study Design: The teaching of evolution has been a contentious issue throughout the 20th century and continues to spark controversy in U.S. schools. Though religion is cited as the major factor in modern anti-evolution campaigns, the acceptance of evolution in education is influenced by many factors. The authors of The Variables Related to Public Acceptance of Evolution in the United States examined religiosity by state as well as educational and financial variables to determine factors influencing the acceptance of evolution. To estimate educational attainment, the authors considered the number of high school diplomas and the high school dropout rate, the completion of bachelor and post-secondary degrees, and the completion of graduate degrees. They also examined the percentage of STEM related degrees in these areas. The financial factors included teacher salaries and the GDP of each state.

Data was collected from Pew surveys, the United States Census Bureau, the Alliance for Excellent Education, and the United States Department of Commerce. The acceptance of evolution was determined by a Pew survey of the U.S. religious landscape in which participants were asked to indicate their acceptance of the statement: "evolution is the best explanation for the origins of human life on earth." The authors examined the relationships between their variables by calculating the correlations and linear relationships for each of the variables. They conducted a regression analysis and attempted to determine the variables that were most important to the acceptance of evolution in each state.

Moving Forward: Though this research is very specific, the findings could be generally applied to the spread of ideas and innovation in education; recent examples of this include acceptance of the Common Core, bring your own device policies, and the application of learning technologies in the classroom. Though these are very different issues, the financial, social, and educational factors influencing the spread of these ideas are likely similar. These policies also have far-reaching implications for students. In the case of evolution acceptance, the authors found a correlation between acceptance and the number of STEM graduates in each state. This is especially important because a 17% growth in STEM career fields is expected in coming years and many states are considering policy changes to increase the number of STEM degree seekers. This study is not without limitations, particularly in the gathering of data and the scope of variables. Further research is needed to examine the factors influencing other educational developments.