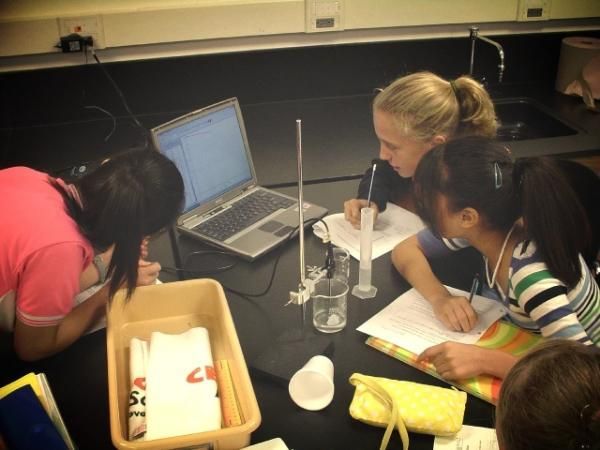 Title: Writing Like a Scientist: Exploring Elementary Teachers’ Understandings and Practices of Writing in Science (2013)

Study Design: Scientific thinking is an important part of the elementary school curriculum, but growing reliance on technology and a projected increase in STEM hiring is making an early introduction to science education essential. The authors of Writing Like a Scientist: Exploring Elementary Teachers’ Understandings and Practices of Writing in Science worried that teachers, who may be unaware of the thinking and writing strategies of working scientists, were misrepresenting scientific thinking in their classrooms. To address this concern, they conducted a qualitative study to assess this type of instruction. Their literature review revealed that classroom science writing has often been used only to prove knowledge, not to teach other essential strategies like creating hypotheses, recording observations, reaching inferences, and crafting scientific arguments. This shortfall may give students misconceptions about scientific research, methods for testing accuracy, and consensus formation in the scientific community.

The study examined elementary school teachers from one school in New York City and specifically targeted teachers who taught both science and writing. The curriculum at this school was standardized and aligned with New York State standards. The teachers represented grade levels from kindergarten through fourth grade and had teaching experience ranging from two to over twenty years. The researchers spent several days each week observing classrooms over four months, conducted interviews with teachers and students, and examined student work and performance.

Findings: Through interviews, the researchers found that while teachers knew some of the purposes of scientific writing, the picture of the scientific process they presented to students was incomplete. The authors defined the purposes of scientific writing as presenting arguments and defending these arguments with evidence, critiquing others’ theories, recording information, ideas, and beliefs, describing cause-effect relationships, and presenting opinions and reports for the general public. It does not seem unusual that teachers did not represent all of these points, especially in an elementary school environment. Perhaps of more concern, the authors found that teachers also misrepresented creativity in scientific writing. The participating teachers taught creative science writing primarily through the introduction of make-believe elements into factual reports.

Moving Forward: Scientific writing is diverse and while it does not seem necessary to give elementary school students a complete understanding of the work of scientists, it seems unwise to set up prejudices that could impede this understanding in the future. Many more students might someday work as scientists and the conception of this work may expand even beyond these researchers’ expectations. To prepare for this future, teachers must not only build a base for scientific understanding, but also present the role of a scientist as one full of possibility for future discovery.