You would think getting to Mars requires the expertise of a rocket scientist, but at Teachers College (TC) all it took was a dedicated team of designers, creatives, and technicians to launch out toward the Red Planet.  I want to share with you how we created one piece of technology for this immersive experience. But first, let me get you caught up on the mission.

If you’ve been sniffing around the Gottesman Libraries these past few months, you may have discovered that on our very own 4th Floor, behind the mysterious doors of the Smith Learning Theater, lies a super top secret mission control center and an all-expense paid trip to an adventure on Mars. Round Trip: 1 hour.

On October 11, 2017,  the Smith Learning Theater officially opened its doors to the TC Community. As a way to showcase the incredible capabilities of the space, all the EdLab teams (e.g., design, research, development)came together to create an “Out of This World Experience” that takes a crew of up to 24 brave individuals on a mission of whimsical survival through a technologically advanced atmosphere.

I moonlight as the mission’s Commander, but my main role at EdLab is as a member of the Design Team, where I work with a crew of visual and storytelling wizards to dream up and design the elements, interactions and environment of the Mars landscape.

Part of the spectacle of the Mars mission is the immersion and unexpected delights that reveal themselves throughout the experience, and there is one particular moment in the show that required some additional R&D to make it particularly magical. It was my duty to make this element come to life.

The final portion of the Mars adventure has colonists scrambling to find resources in order to survive a quickly approaching dust storm. As they send their rovers out to pick up the resources, the dust storm hits, resting the fate of the colony in the hands of uncertainty. I won’t say whether or not the colonists survive, but eventually, the AI voiceover HALI asks them all to think about the future of Mars colonization. She provides them with blank mission cards to take home with them. As she talks about the cards, they are magically revealed on two pillars in the space. Combined with a perfect lighting cue, the revealing of the cards is a moment of surprise and enchantment.

What you see on those two pillars are holders for the mission cards that have a door flap and a mechanism that allows these flaps to open up at the right moment to reveal the cards. They sit unassumingly in the dark for the duration of the show, until their moment in the spotlight.

The original design for this door flap mechanism involved a screw that was placed between the flap and the frame that was holding the door up. This screw was attached to a string and threaded through a pulley system. A live human sat backstage like the Wizard of Oz, pulling the string on cue, which opened the flap and revealed the cards. This set-up did the trick, but it was difficult and risky to have both pillars working in tandem. With invisible string running through the active backstage area, it was almost like a laser security system, and we ran the risk of the tripping on the string and opening the flaps of the right side pillar at any point during the show. Even with just one side set up, any sudden tap or rumble could have nudged the screw out of place and opened the flap, revealing the cards at an undesired time. The original design was brilliant and set the foundation for the final one implemented in the last run of the Mars event.

DESIGN CHALLENGE: Create a stable mechanism where one person backstage can press a button on cue to reveal the mission cards.

I began with the original cardholder assets created by my team, and I brainstormed ideas of how I could use these materials in the next iteration of the system. 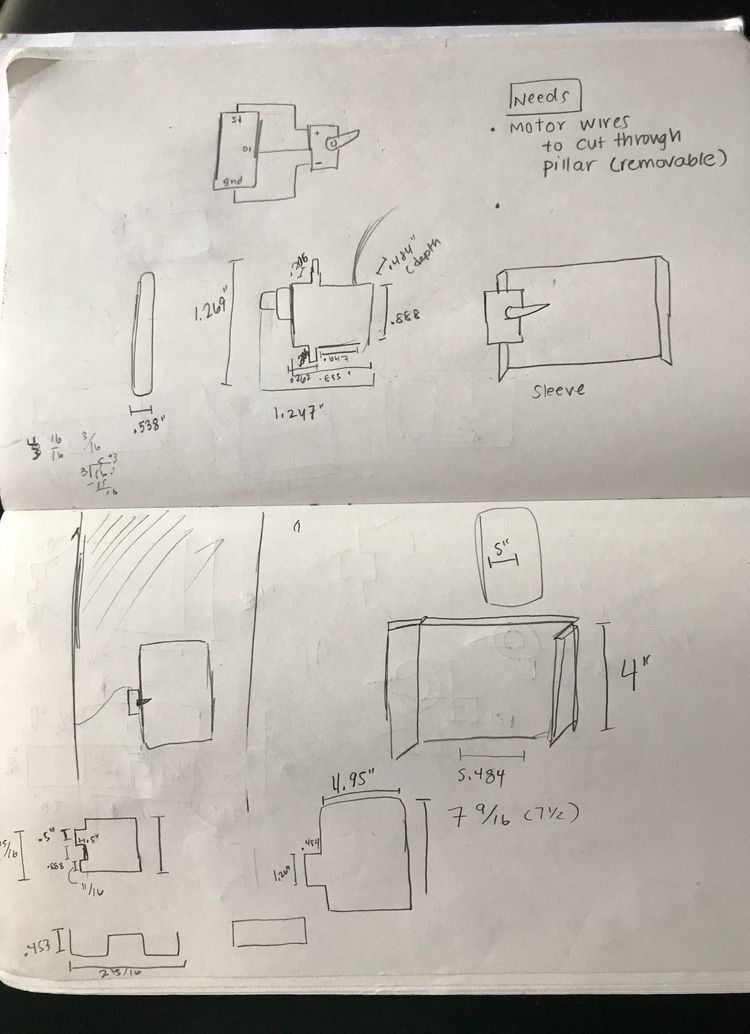 The concept was to integrate a servo motor onto each card holder that would hold the door flaps closed in place so that with one press of a button, the motors would rotate 90 degrees and allow the doors to fall open. Both pillars would be connected to the same button, attached by long wires secured to the floor. This would allow one person backstage to simply press one button on cue for the mechanism work.

I took the original assets and new materials and started to design the framework for the servos. 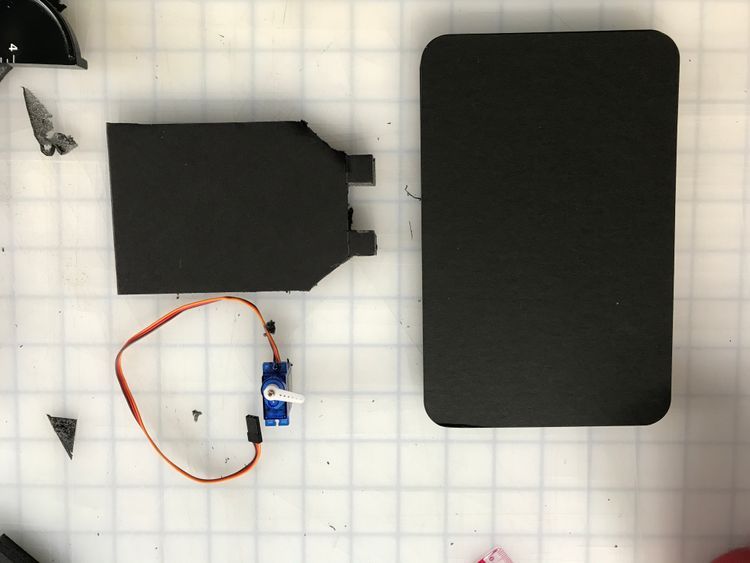 I then began prototyping the servo/button interaction using an Arduino Micro (micro-controller) and the Arduino IDE (programming software). At this stage, I was able to prototype the mechanism and test it out. 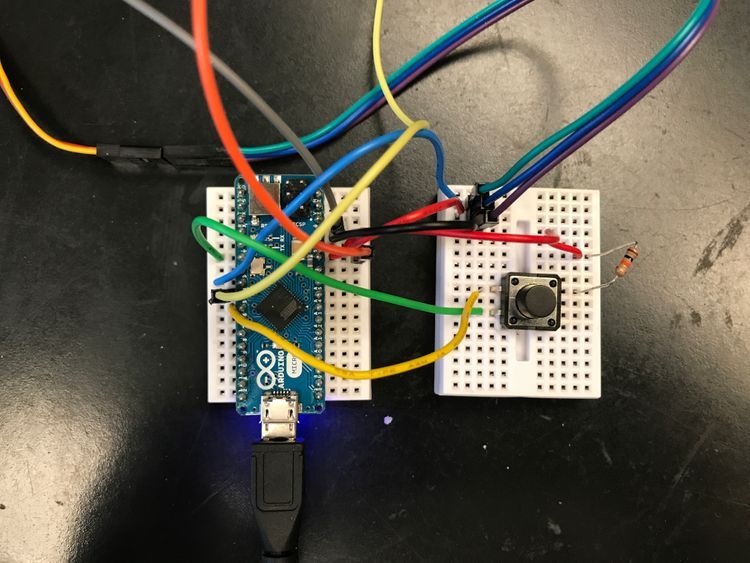 Once I solidified the design and interaction, it was time to put everything together and build the final mechanism. 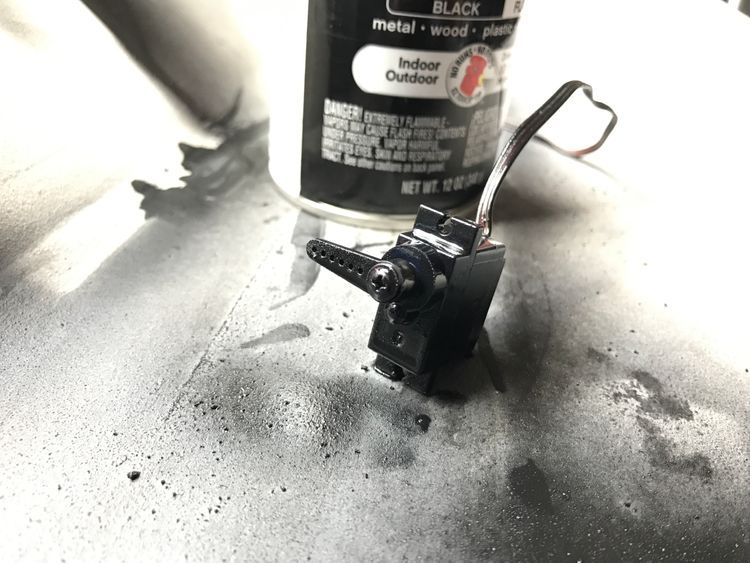 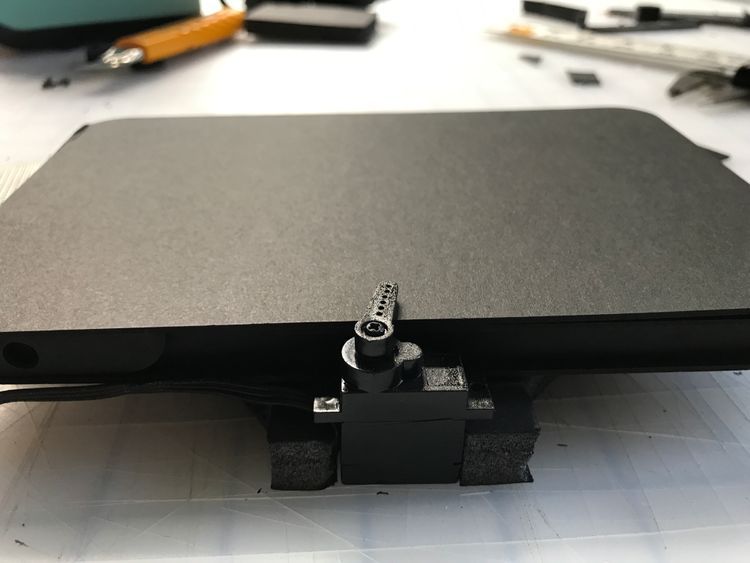 The next step was to create a housing for the electronics and test out the system at this new stage. 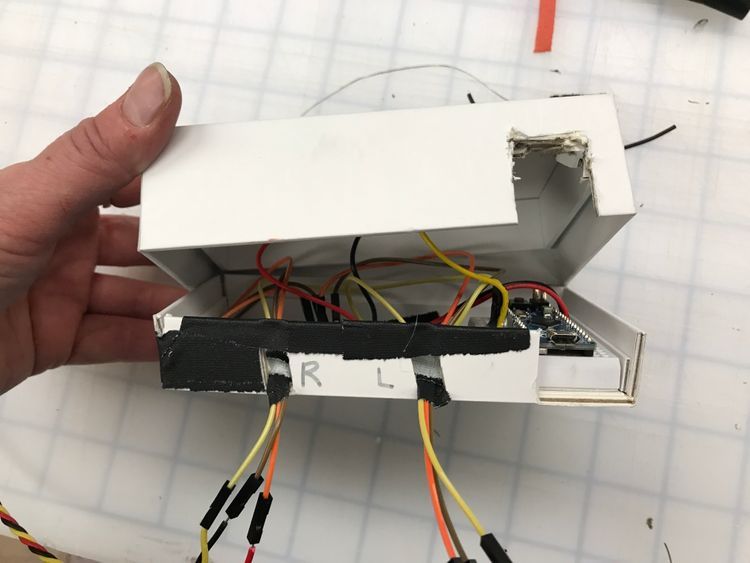 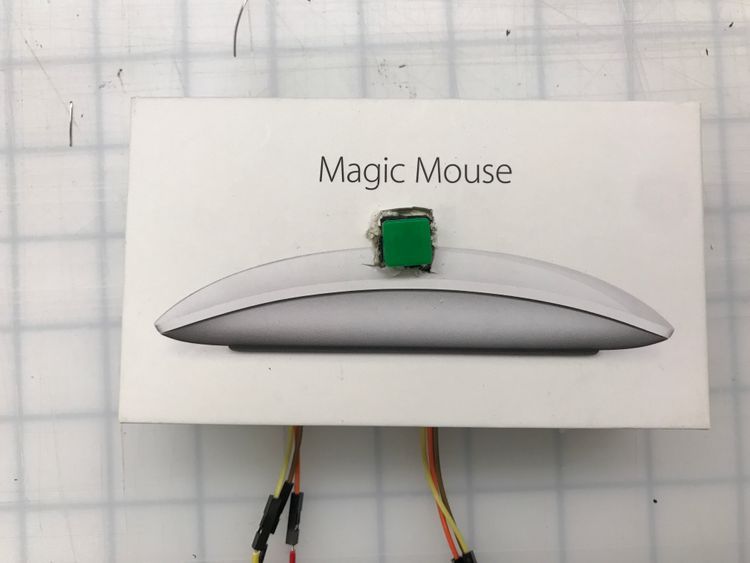 The mechanism was finally ready to be installed into the theater. One challenge was to get the holders to stick to the pillars. This was accomplished with a combination of magnetic hooks as well as a layer of magnetic tape on the back of the holders that pulled them closer to the wall, creating a more stable arrangement. The wires were threaded into the pillars and hidden within that space. Another challenge was to make sure that the wires were long enough to go from the pillar to the button backstage, and also secure the wires and keep them of sight. 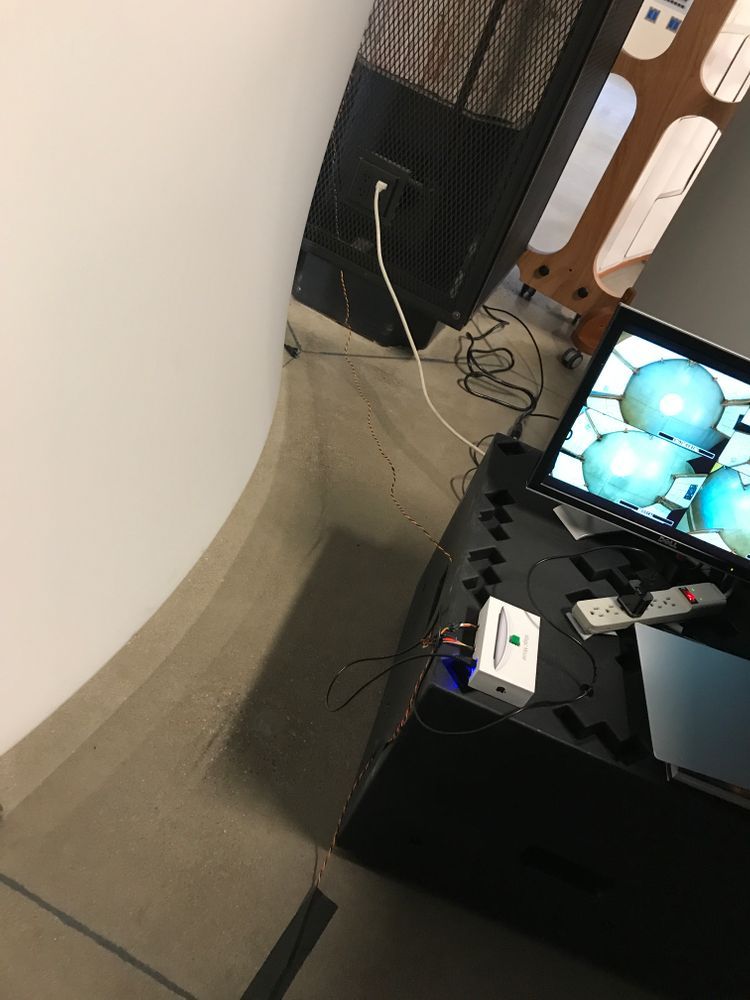 The mechanism fully installed and ran successfully for our January run. And that is how a piece of the Mars magic came together, here at the Smith Learning Theater’s adventure to the Read* Planet.  We are ready for our close-up, Mr. Musk.