Or, as I call it, V-Day. It's been so long since I made one of these posts!

It's been months since we first rolled up our sleeves, took out the power washer, and prepared for a super deep clean of our marquee video learning environment. Let me tell ya, things got real messy. But then they got good again. I invite you to enjoy the delicious fruits of our labor.

There are way too many changes to list here, so allow me give you the highlight reel.

The most notable changes appear on the page where much of the action happens. That said, this page may still feel familiar to those of you who’ve grown accustomed to the face of the previous version. The main elements remain as they were; that is, the video on the left, the discussion on the right, but we’ve reorganized everything else.

We moved almost all of the information previously found underneath the video player to the top of the page, where it can be easily seen and accessed. This also gives us more real estate to play with for future features on the roadmap. 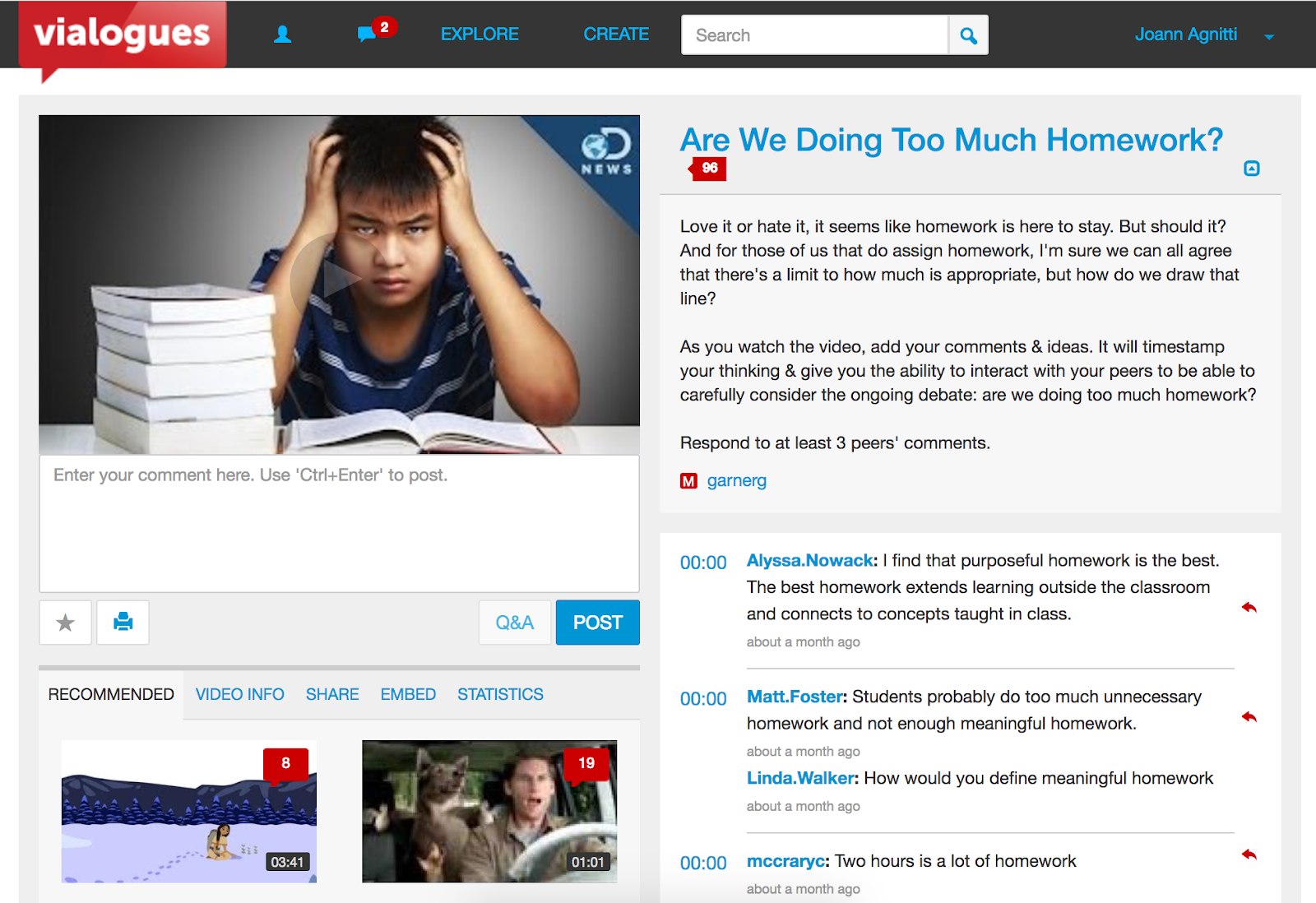 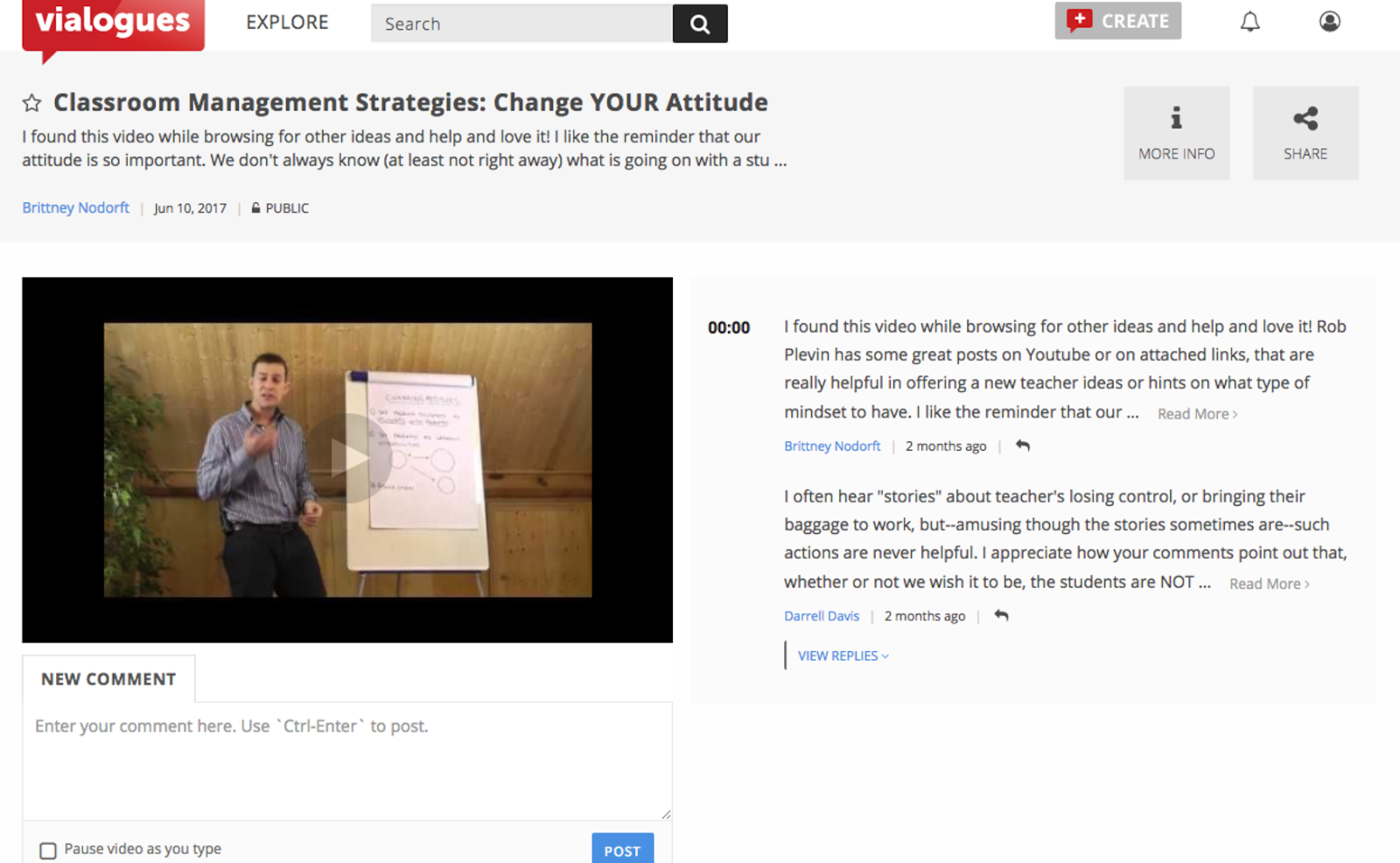 The operating word for this release was “streamline.” We took the bulkiness out of the previous Create process and organized things in a way that [we think] feels more intuitive and helps move things along quicker. 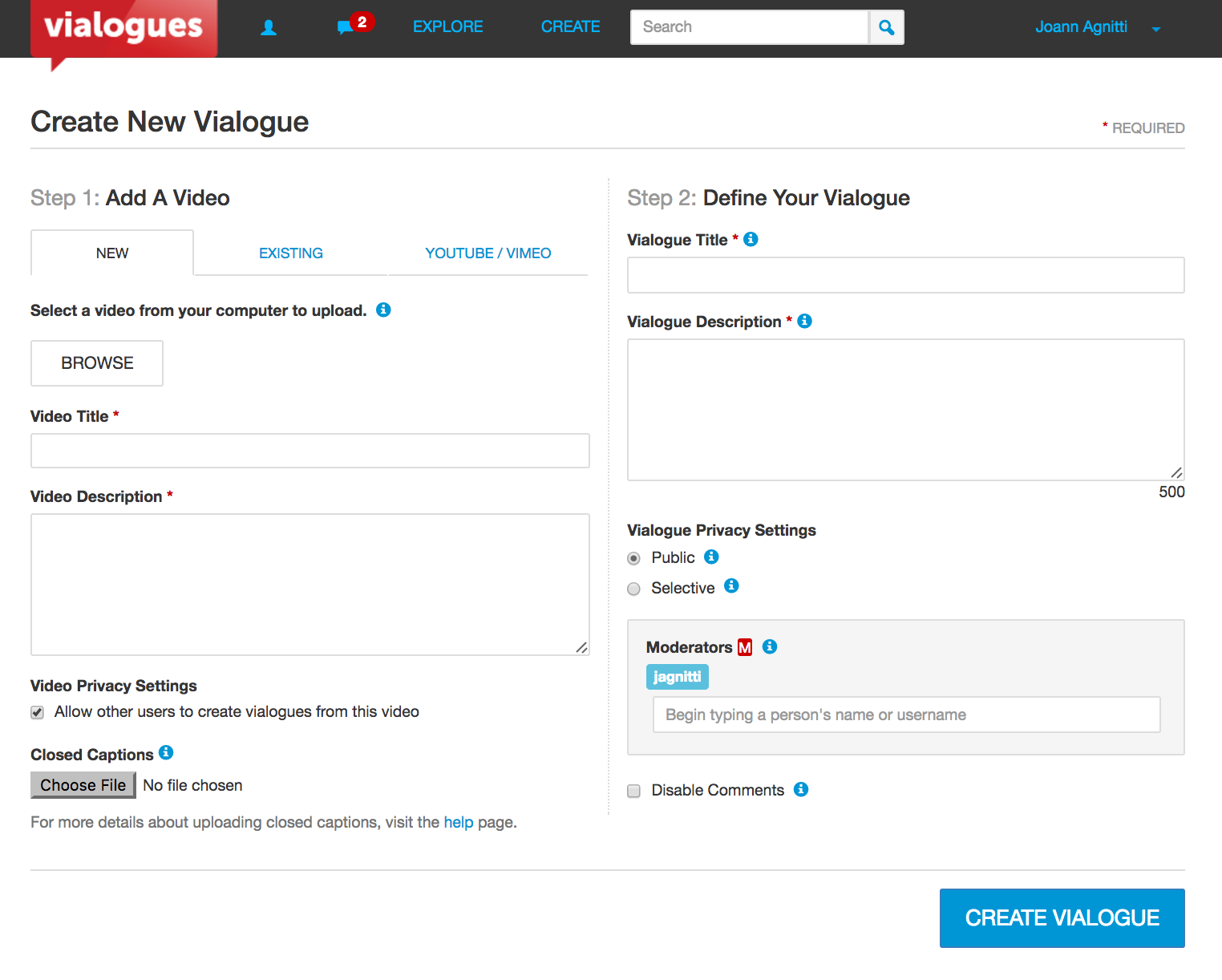 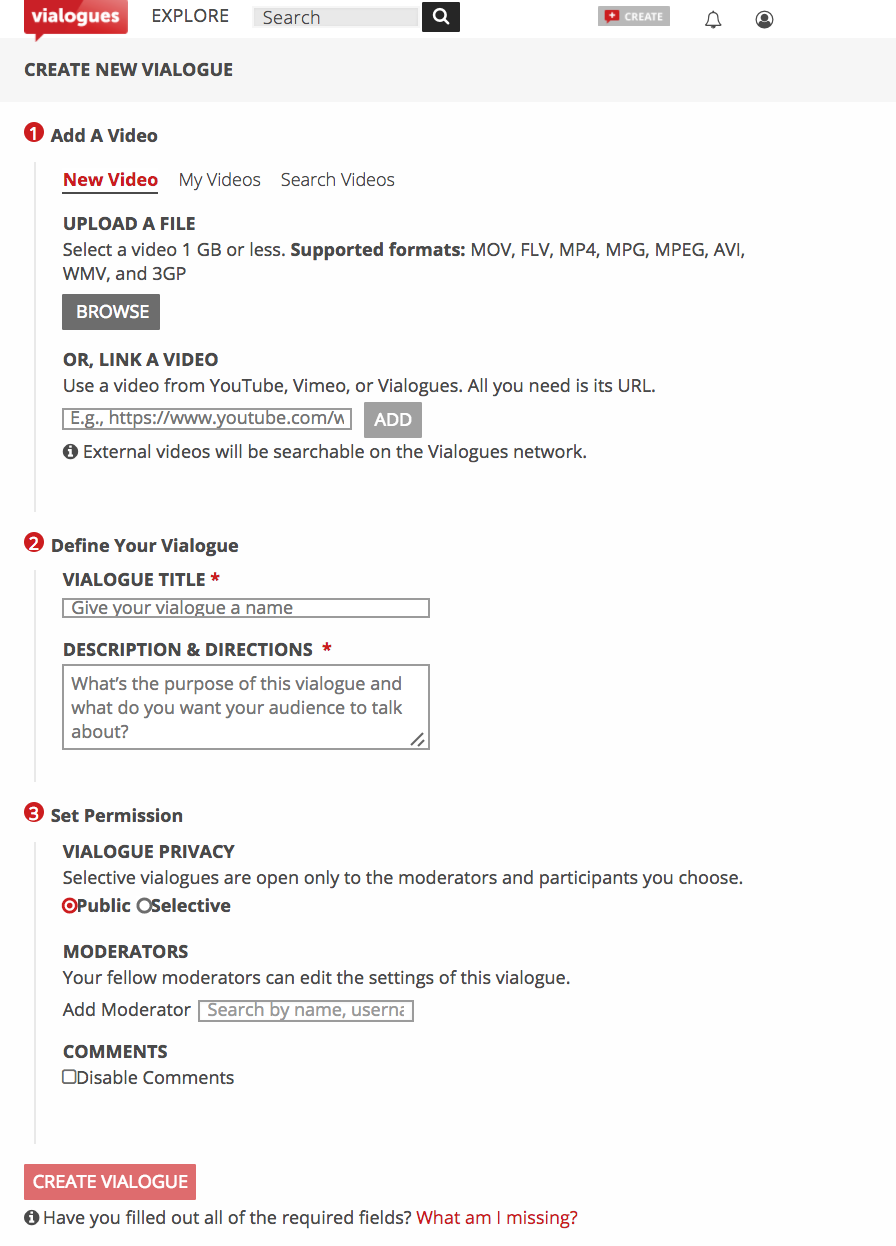 The “My Videos” tab is new to this release. In our research, we found that the majority of people who were creating vialogues from existing videos were re-using their own videos. So, we’ve made it easier for users to create vialogues using videos they’ve previously uploaded.

The key to any good search is to be able to find what you’re looking for. Unfortunately, this wasn’t always the case with our old search. In this latest release, we’ve integrated Elastic Search (the same engine used on our EdLab Website) and further parsed results into clear categories. You may recognize these categories if you’ve used our advanced search before, we’ve just pulled them out from hiding and put them on display. 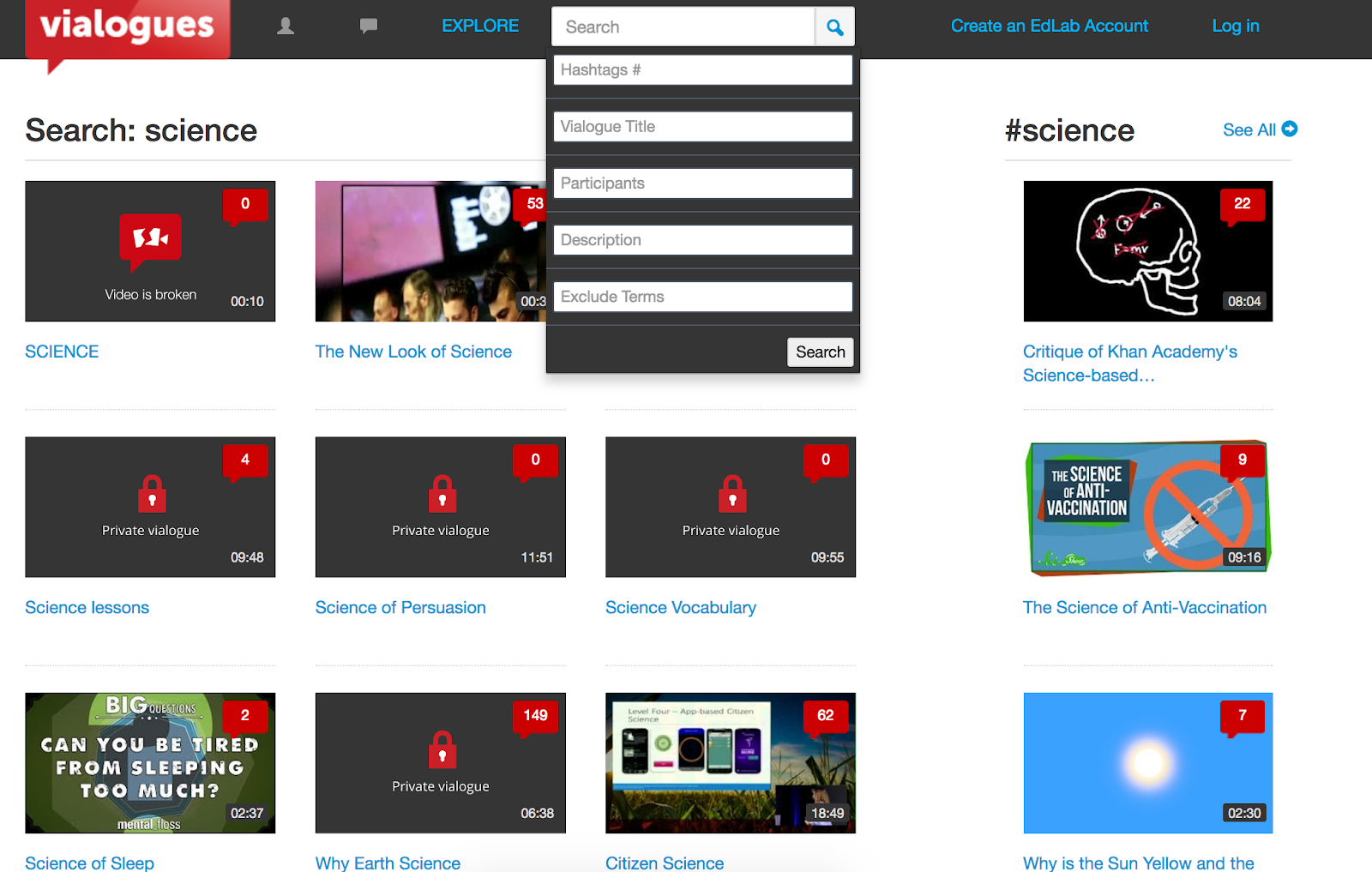 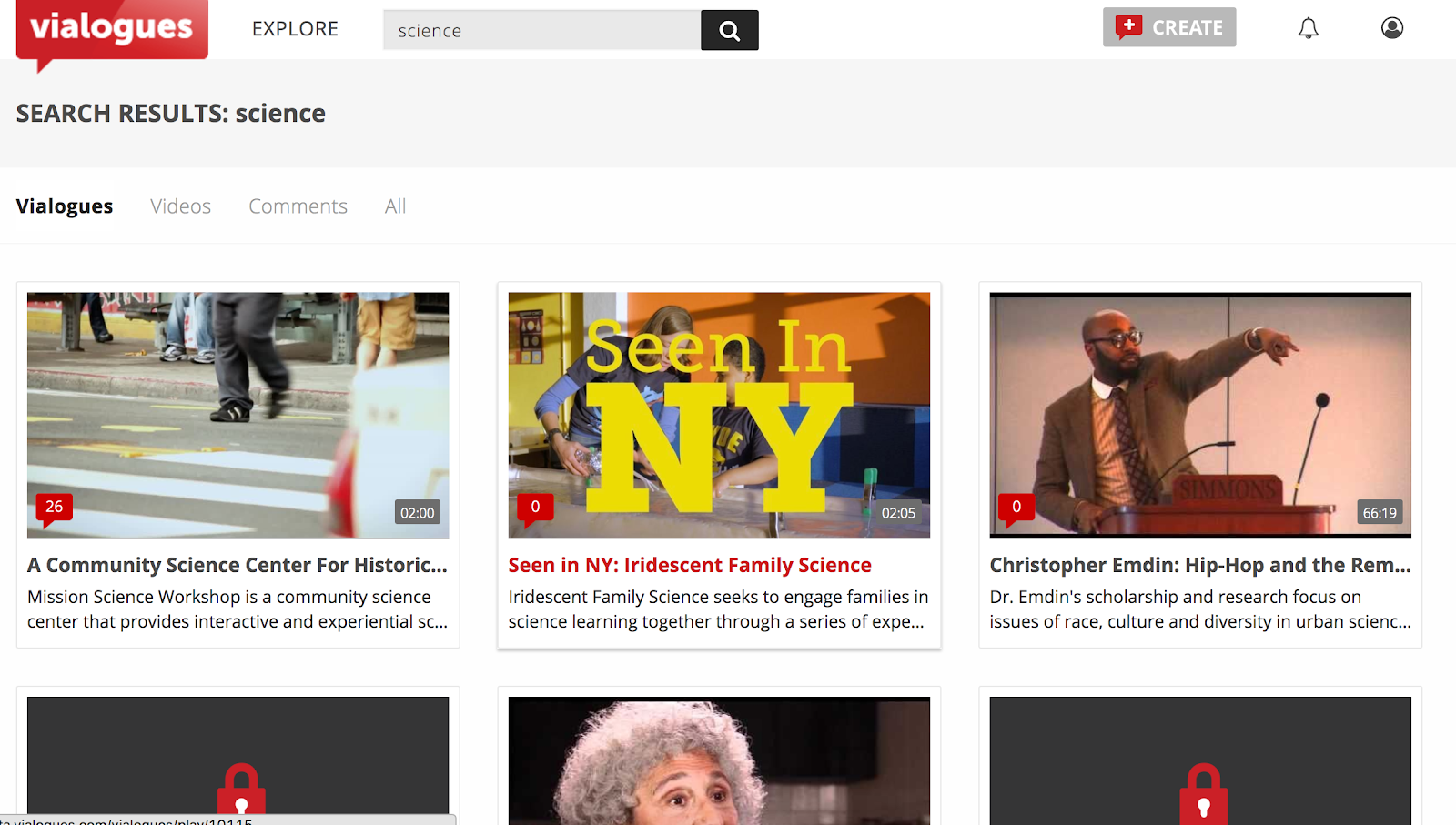 You’ve gained quick access to your vialogues, videos, and groups in this new release. You may also notice that we’ve drawn a distinction between vialogues you’ve created and those you’ve been added to as a moderator. We wanted to make clear that while mods have a special role within a discussion, creators have even more privileges, such as adding adding captions or changing a video’s thumbnail. And if you didn’t even know that closed captioning and changing thumbnails were features that existed before reading this, we’re hoping that their new, more prominent location helps others in the same boat make that discovery, too. 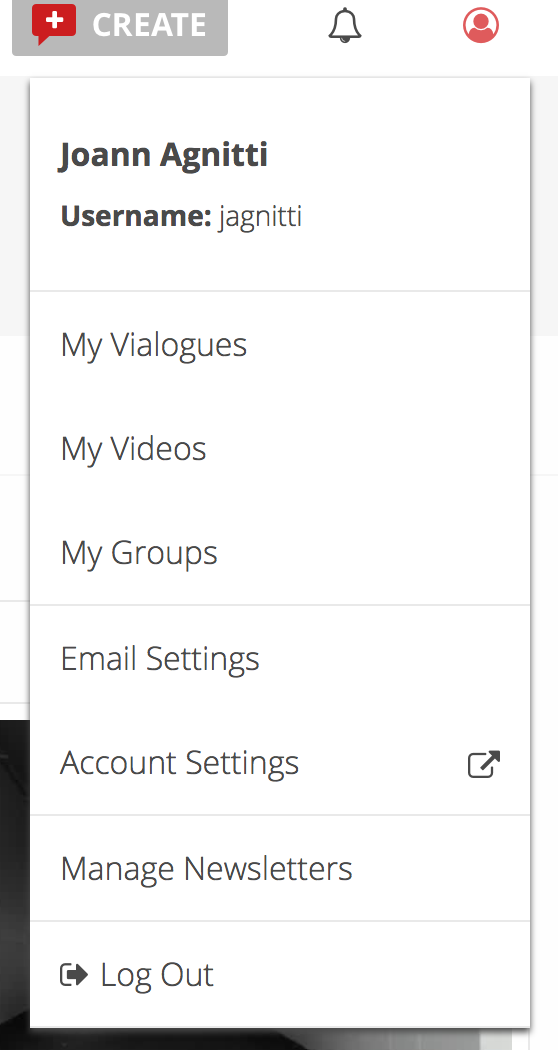 The biggest upgrade we made here was the “Join group” option. Before, groups were hidden away, discoverable only by special link. While all groups are still private (for now) we’ve removed some of the secrecy in this release by allowing them to be viewable on profile pages. That means if you have groups, other people can see their titles and descriptions and request to join, just like for private vialogues.

Much of what I’ve mentioned here has to do with outward appearances, but we’re deeper than that. I have welcomed news for any of you who have had previous issues with playback (she says, looking at the video team in shame). We’ve made major upgrades to our streaming services which means you’ll have a much smoother video watching experience from now on-- no more starting and stopping and freezing. Or else I know we’ll be hearing from you.

And even with all of these callouts, there are still more enhancements for you to discover. So take some time to orient yourselves to the new Vialogues and let us know what you think in the comments below. We accept all major forms of feedback: constructive criticism, joyous praise, and even belligerent disbelief.

And now it’s time to roll the credits.